The second session of the Bhutan Children’s Parliament will be held from January 3 – 6, 2017, at the Democracy House in Thimphu, which is the office of the Election Commission of Bhutan.

The pre session orientation began on Monday for the 67 student members from all across the country, which included guest lectures, interactive sessions, and adoption of various agendas.

The opening session will begin an inaugural ceremony in a joint session after which the two houses will hold separate sittings on the same day. The concluding joint sessions will be held on 5th and 6th of January.

The pre session also saw the awarding of Certificates of Election to the new members followed by the oath taking ceremony.

The pre session schedule also included visits to the parliament houses and the Royal Textile Academy. The members also went on a short pilgrimage to Tsha-loong-Ma-Nye in Jemina.

In his pre session opening address the Chief Election Commissioner of Bhutan, Chogyal Dago Rigzin, said feedbacks he received from many of the senior leaders were very positive in terms of establishment of BCP as well as the conduct of the members. “Many expressed that it is not a cakewalk to become an elected candidate for BCP. But the way all of you as the members of BCP have conducted yourselves during the last session by bringing out pertinent issues and qualitative discussions, left people in awe,” he said.

The Election Commission of Bhutan established Democracy clubs across different schools in the country in 2013 to educate young minds on important electoral processes and help them understand democracy with a broader perspective.

The first session of BCP was held on 4th January 2016 with total of 67 members, where discussions on the draft Rules of procedures of the BCP, 2015 took place. BCP meets twice a year for deliberations.

The Bhutan Children’s Parliament functions like any other real parliament where issues concerning youths, education as well as national issues are deliberated and the proceedings of which can be submitted to the speaker of the National Assembly, the Prime Minister, the opposition leaders.

BCP in its first session adopted 21 resolutions, mostly concerning the youths and educational flaws and the proceedings were submitted to the concerned authorities. 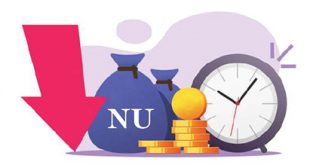 Future of ex-drayang employees and gaydrungs to depend on their own hands: PM 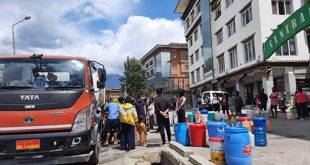 South Thimphu residents without running water in taps for days

Residents in South Thimphu have been experiencing severe water shortages since five days. According to …