A retired RBG soldier fears the plot he bought 40 years ago and on which he toiled for a house and an apple orchard would be lost after gewog and land commission officials say he is occupying government property.

Rinchen Wangdi has documents to prove he paid for the 1.80 acre land above Satsam Chorten in Lango, Paro.  Trouble started in 1997 when local officials identified 47 decimals of his property to be given to four other individuals on whose land the Lango school is constructed.

He pleaded to the gewog and the dzongkhag saying he had been cultivating on that land for decades without anyone’s objection and requested that land substitution be allotted from any other vacant government plots which are plenty. Even some land recipients agreed to it.

“The gup and land record officer insisted that land substitutions must be provided only from my land,” said the ex-solider who feels since the officials were adamant, the land was transferred.

“They even claimed that thram was ready for the land to be transacted,” he said.

And the land substitution recipients started selling the plots. Some new owners even threatened to demolish his wall and cut down his apple trees, he said.

This, he says, is a violation of the Land Act of 2007 under Chapter 6, which says that the land recorded in the thram as kidu or rehabilitation shall not be sold within 10 years of its allotment. And “any land transaction deed without a proper change in the ownership in the thram shall be null and void.”

In August 2009 he appealed to His Majesty submitting details of developments after his first appeal. Thus the Zimpon’s office directed the National Land Commission to verify the case. In September the Zimpon’s office directed Paro Dzongkhag not to provide land substitution from his land since his case would be reviewed during the cadastral resurvey exercised in Paro.

On December 16, 2010, the survey of his land was objected by the four recipients who got the substitution plots.

Rinchen Wangdi says to lose the land he tilled on is painful. “I am willing to even pay for my own land and reclaim it for I made this rocky plot livable,” he said. 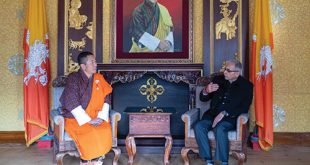 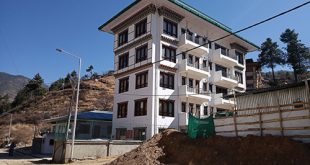