In a process where even blame got lost, a man and his family remain without a country even though they spent half a lifetime in the very country they live in

Such a thing is citizenship, people may spend a life time in a country but they will be proven an alien on the very land they walked since birth. And all this is because of the invisibility of a piece of document called the Citizenship Identity Card (CID).

And in a very real instance, Sonam Tshering, 59 born in Bji gewog under Haa dzongkhag lived an almost full circle of his life in Bhutan. But legally speaking, for more than two decades he and his three sons are stateless.

Till the 1980s Sonam Tshering had a CID during which he and his late wife shifted and settled in Paro. Those days his census was with his wife’s family and his cousin Tenzin Yeshi used to look after it.

His brother-in-law used to collect me-threy (Tax) from them regularly. Therefore irrespective of the tax, he always thought his census details were stable. Later, his cousins found out that he and his family did not have census and called him to look into it.

When he went there to see what actually happened he found that they were not on the census list. To make his census he put up an application from the gewog office and forwarded it to the Dzongkhag office.

Unfortunately his wife and daughter died in a bus accident (where 18 passengers died). However his son Nima, 7 years old then survived the fatal accident. With that trauma he could not proceed to make the census for them.

He said “I have been trying to make the census for my family before the 1990s problem”.

A helpless Sonam Tshering went to plead for a proper census to the Zimpon’s office. The office gave him a letter and he was sent to the ‘Kidu Office’ to get the work done.

From there he was asked to go to the home ministry (MoHCA). Those days he said there was only one computer and in front of that there was a clerk with a bald head, to whom he handed over the letter.

The officer said the office would call him as soon as the work got done.

Sonam waited for a month and that month added to a year, still nothing happened. So he came back to see why there was such a delay.

Later when he went back he found that the clerk was changed and didn’t know about his whereabouts.

The new clerk Rinzin and his Assistant Karma had replaced the bald clerk. He was told that the former clerk had around 25 letters from the kidu office and it was locked in the box and it was his work to complete all the pending works.

Sonam Tshering was shattered as it was the only hope for him to get a Bhutanese Citizenship. “The letter had a sign from gewog gup, Haa Dzongda and some important kidu officials,” said Sonam Tshering.

“Without an Identity card I was prohibited to enter dzong even if it was for an official work,” he said. “I used to be a chimi (local government representative) of our village, then.”

Clerk Rinzin however helped him make a blue Identity card which helped him for the time being.

After a long wait, finally he and his son were called for an interview where they were made to sing Dzongkha songs to check the fluency of national language, and other modes of test were also involved.

“The then clerk Sangay Dorji said that we will be called back and we kept their contact numbers also,” he said.

Even after three years of wait he didn’t receive any calls or mails from the office. Sonam Tshering said that the concerned officers are always on tours or busy with official works.

So he once again went to the Zimpon’s office, where he came to know that his letters, the interviews he and his family went through three years back, got invalidated and was cancelled.

In a process to propose again for a census, he was called by the Bji Gup to give them the census.

He and his family’s name was recorded and and he was told that after four months they would get the census.

Life without a country

With his meager income he came from Paro to the capital city, Thimphu to legally attain a citizenship under the Bhutan Government.

All his relatives have Bhutanese citizenship and he feels like a foreigner staying in Bhutan.

He said his family is deprived of essential facilities that the government will not provide without citizenship. Without it every attempt to make a better future for his family is blocked.

He could send his three sons to study till Class X but after that they had to give up. His elder sons could not qualify for higher studies while his youngest son who is 25 years old now, had to compellingly drop out from school.

“My Youngest son Sonam Dorji discontinued studies and joined a monastic body in Nepal as he knew that without CID he would not be able to go for higher studies,” said Sonam Tshering.

Without a school leaving certificate, Sonam Dorji wouldn’t be able to meet his family. “Immigration officials usually become skeptical when they meet people without CID,” he added.

His elder son Nima, 26 after working for about six year in Bhutan Telecom resigned out of frustration. “As a temporary employee he used to earn Nu 3000 monthly which was not sufficient as living standard is very high now,” he said.

Bhutan Telecom offered them a job as their part of land was taken by them.  But without a CID, Nima was not recruited as a permanent employee even though they got an offer.

His eldest son Dawa, 30 also had to resign from the Royal Bhutan Army (RBA).

“He stood first position and was qualified to upgrade his qualification in India but without CID he was prohibited to go,” said Sonam Tshering.

In addition Dawa enrolled himself voluntarily in militia during the militants’ problem in Bhutan.

Sonam Tshering said there are many limitations in their lives without a CID. Above all he said “we are not eligible to vote for election and for next 2013 election we hope to vote if we get CID.”

“My Family, they can do anything and can achieve their dreams,” said Sonam Tshering. But without a proper citizenship they are handicapped.

His children cannot apply for any job vacancies. Hence they are forcefully dragged into farming or remain dependent.

“If I get my Identity I would aspire for kidu land and do farming as usual,” he said.  He stays with his second wife at Jagathang Nagikha village under Lango gewog, Paro.

Some of the government officials The Bhutanese talked to said with no proper handing-taking process in any department it created drawbacks. 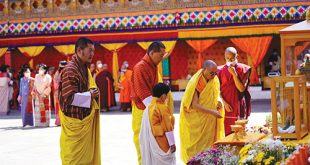 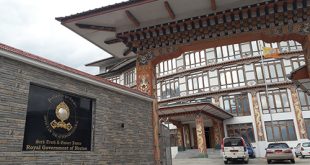 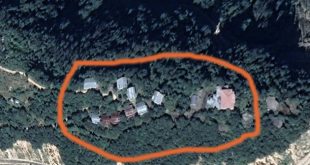