Safe city solution project, Thimphu is initiated by RBP with a command from His Majesty The King, towards ensuring a safe and secure society, and therefore, making Thimphu into one of the safest cities in South Asia

Chief of Police, Brigadier Kipchu Namgyel, said that His Majesty’s vision emphasizes on peaceful and harmonious living of all people and this will be achieved through zero tolerance to crime, which will  contribute in achieving Gross National Happiness.

“The total cost of the project is Nu 149.77 mn and we will install 118 cameras by September 2017. The project will have two phases whereby we will install 20 cameras in the first phase which already started while the remaining 98 cameras will be installed in second phase which they will start from July 2016,” said the Chief of Police.

The special feature of VLPR cameras is that it picks up images and stores it into its database. For instance, Brigadier Kipchu Namgyel said, “It will pick up the vehicle number, image and the picture of the person inside the vehicle and it will be turned into a database.”

The second feature of the camera is the built in speedometer. The camera installed in the expressway can detect the speed of the vehicle. If a driver crosses the given speed limit then a notification will be generated from the control-room, which is based in city police station in Thimphu.

According to Brigadier Kipchu Namgyel the facial recognition and motion detector systems has not yet been installed due to budget constraints.

The facial recognition feature on the camera can detect any person with a criminal record or whose detail is recorded in criminal database, while the motion detector can detect any motion in those areas where movement is prohibited.

Once RBP is done with launching 118 cameras, they have plans to install VLPR in border gates in Phuentsholing including Rinchending (Kharbandi) check-post.

The main objective of the project is to prevent and reduce crime through CCTV vigilance in the vulnerable areas in the community, and to enhance crime detection through video footage evidence and promote justice through credible prosecution.

It is also to regulate systematic traffic management and address the growing traffic problems in the city. In addition, it is also aims to improve the efficiency of the police to respond to crimes and natural disasters at the quickest possible time.

Similarly, it is to instill a sense of respect for the laws of the land and contribute towards safety and security of the nation.

The project would also help in prevention, reduction and detection of crime and traffic offences. A safe city is also aimed at promoting the tourism industry, and improving the efficiency of public service providers. It will also enhance the security of dzongs and can be a key activity of community policing.

Brigadier Kipchu Namgyel said the project would promote Bhutan as one of the safest places to live and work in the region.The project had been awarded to Bhutan Telecom for implementation. 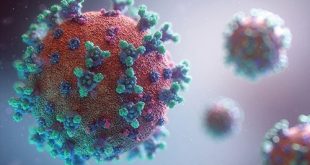 How offices are coping with staff testing COVID-19 positive

With the ease in COVID-19 restrictions, many government, corporate and private entities have had staff …