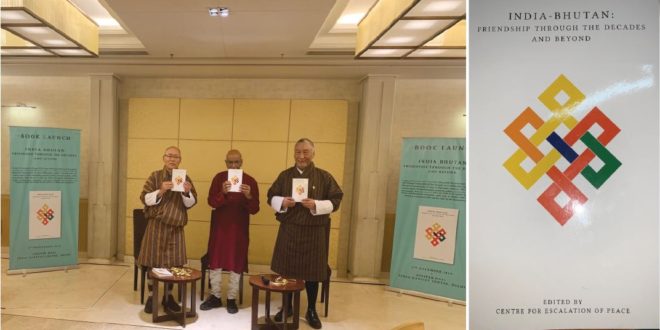 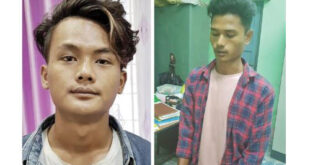 Strict protocol followed for those coming in from the plane to the hotel: Health Minister 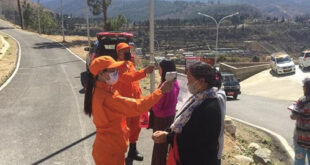 More than 11,000 graduate from De-suung program

In the first of its kind a collaborative book ‘India-Bhutan: Friendship Through The Decades and Beyond’ has been launched with nine articles on various aspects of the India-Bhutan relationship by a mix of Bhutanese and Indian writers giving two viewpoints on same areas.

The topics are political ties, economics, culture and wildlife along with many other sub topics in between.

CBS President Dasho Karma Ura have given an overview of the relationship and book by writing the introduction that touches on the various themes and articles in the book. He highlighted how the track two India-Bhutan Dialogue engagement has contributed to the deepening of the relationship.

India’s Former Foreign Secretary Shyam Saran writes about the multi-faceted relationship saying that qualities and affinities in leadership, economic collaboration, security cooperation and and people to people relations and cultural affinity have strengthened and defined the relationship.

He said that there is a strong commitment of leaders of both the countries to nurture this relationship.

The Hindu’s National Editor and Diplomatic Affairs Editor, Suhasini Haidar touches on the political aspect of the relationship from the time of the first trip of Nehru and the various political stages of the relationship of Bhutan. She highlights the close cooperation but also the independent stands taken by Bhutan and how the leadership of both countries gave much importance to the ties.

She says the India-Bhutan relationship is a political bilateral relationship quite unparalleled in the world order of today.

The Editor of The Bhutanese, Tenzing Lamsang gives a journalist’s perspective pointing out that while Nehru’s visit brought about warmth, the relationship between the two countries is also defined by sovereign treaties and international law.

He points to areas like hydropower, tourism, old attitudes and others where certain issues must be resolved in the long term interest of the relationship.

The RMA Governor Dasho Penjore in his article outlines the economic element of the relationship starting with India’s assistance to Bhutan’s modernization and then moving to current issues like hydropower where he advocates the Inter-Governmental model and Trade where he points to the impact of GST on Bhutanese traders.

India’s former Ambassador to Bhutan Sudhir Vyas has three important suggestions for the relationship. He said the first is that high quality Indian institutes and education should be made accessible for Bhutanese students, the second is better infrastructure and coordination along the open border and trans-boundary ecological cooperation and the third is Bhutan and India cooperating on the issue of water highlighting its importance for Bhutan given its fragile Himalayan ecology.

Indian writer and South Asia Editor for the Third Pole, Omair Ahmad focused more on the cultural, religious and softer aspects of Bhutan and he touches on books, journalism and modern changes.

Bhutan’s First Archeologist Dr Kuenga Wangmo makes the point that Buddhism is a great gift from India to the world and Bhutan and the deep impact of Buddhism in Bhutan and also of Guru Rinpoche whose arrival in Bhutan led to deep changes from everyday programs to complex cultural programs.

She highlights that Bhutan’s first exposure to the modern world was again from India. She goes onto present common threads of spirituality and shared heritage between the two countries but also retaining the uniqueness of the Bhutanese way of life.

Thinley Namgyel focused on the issue of environment and climate change pointing out Bhutan’s various steps in its protection of the environment and India’s contribution in enhancing the capacity of Bhutan’s Forestry sector.

He says common present and future challenges are human wildlife conflict and cross border trade of wildlife, climate change due to the sensitive nature of the in the eastern Himalayas and trans-boundary air pollution and what needs to be done to address them.

Ravi Singh, CEO of WWF India, Dipankar Ghosh Director of Wildlife and Habitats at WWF and UNEP Fellow Urvana Menon who worked on trans-boundary issue for the WWF in the eastern Himalayas co-wrote an article on Indo-Bhutan cooperation in wildlife conservation.

The TRAMCA or Transboundary Manas Conservation Area between Bhutan and India is highlighted with the various facts and ground realities and how the Manas on the Indian aide came back from the brink and is a success story.

The conclusion is by the Center for Escalation of Peace (CEP) which has also edited the book.

The Book was launched at the India Habitat Center in New Delhi in the presence of Bhutan’s Ambassador to India Major General Vetsop Namgyel, Former Indian Foreign Secretary Shyam Saran and Dasho Karma Ura and various diplomats and senior officials from Bhutan and India on November 5 on the sidelines of the 10th India-Bhutan Dialogue.

The book is brought out collectively by Royal Institute for Governance and Strategic  Studies (RIGSS) and CEP.