In another surprising turn of events after the opposition party, Druk Phuensum Tshogpa (DPT), requested the court to withdraw its defamation case last week, the defendant, Dasho Paljor J Dorji (also known as Dasho Benji), has asked the court to not do so.

the NRDCL to establish quarries and stone crushing units in six areas to meet the shortages of stone chips.

However, today the NRDCL is staring at more than Nu 400 mn in losses and potential losses with one site shout down, another not producing, three others on the verge of a shutdown and one with an uncertain future. The sites producing some stones are producing so at high losses with little or no buyers.

The losses have even managed to

The DPT’s main grounds of asking for the withdrawal of the case was its argument which the sedition aspect of the case brought against DPT was not relevant and would not be good for the larger interest of the nation.

In submission to the court the defence counsel said that the plaintiff be ordered, to submit explanations on the looming consequences that

eat into the NRDCL’s profitable sand and timber business ensuring that NRDCL has only minimal profit.

According to a NRDCL official there were three major issues that led to the failure of the whole venture and these mistakes could be repeated in the upcoming and much bigger State Mining Corporation (SMC) if the company does not learn from them.

were projected to happen to the Tsa-Wa-Sum, if the court does not accede to its request to dismiss the sedition part of the case or if the case is not withdrawn entirely.

The defence asked the court to determine and issue appropriate orders on whether the sedition offence commission merits for its begging for court answers are: whether government agencies, political parties or a group can maintain a defamation suit against an individual person; whether law should not differentiate between a natural person and a political party; and whether law can afford equal protection to every person, as between a natural person and a juristic person when one is disproportionately prone to criticism than the other.

The lawyer said that court must also help get answers on whether the defendant’s online comment constitutes defamation or not, what measures are to be used as a safeguard to protect citizens’ free speech and what are the determinatives to consider whether a person is political or apolitical.

“Considering the great importance of those unanswered questions in the larger interest of our young democracy, the defendant submits that the present suit be continued with the due process of hearing at any length of time, regardless of whether the sedition part thereof is dismissed as irrelevant or not,” said the defence lawyer.

The defence argued that in the first place, it was the Plaintiff who dragged the defendant before the Court for the mere reason of posting an idiomatic comment online a social media and had unconditionally demanded him to either prove the fact of DPT “robbing the nation blind” or be punished and bear damages for defaming and injuring the reputation of the Plaintiff party.

“However, the Plaintiff now constrains the court of withdrawing its case entirely if the court does not accede to its request to dismiss the sedition part thereof which the defendant is duty bound to prove as a major fact of DPT robbing the nation blind,” said the lawyer.

“After having exhaustively prayed to the court to inflict every imaginable nature of punishments and damage liabilities on the defendant, the plaintiff then childishly turns around to conclude its long but flimsy submissions with a Special prayer for withdrawal of the case in the larger interest of the nation,” added the lawyer.

The lawyer said that these ‘insidious

acts’ of the plaintiff not only plunders the very foundations of the rule of law but it also defies the essential sovereign elements of the Kingdom as the plaintiff is acting in absolute disregard to the fact that the true “greater interest of the nation” is being left even more vulnerable to the discordant elements by the preferred escape-route.

The defence said that the Plaintiff has dared to drag down the very court as party to the commission of a self professed ‘sin’ if the present court proceedings are continued to its final verdict.

“Hence, for the plaintiff, it is going to be an act of ‘sin’ for the court to dispense justice on the present suit,” said the defence.

The lawyer said that the plaintiff was taking on to its usual audacity and sermonizing the court with its habitual subtle threats of misfortunes looming to wreck on the Tsa-Wa-Sum if the court does not accede to the plaintiff’s request to dismiss the sedition part of the case or else it shall withdraw the case entirely. “In effect, the plaintiff attempts to hold the very court at ransom,” said the lawyer.

The lawyer said that it would leave it to the wisdom of the court to determine on the permissibility of dismissing the sedition part of the case and relevancy of the sedition commission in the present case.

He said, however, it is the fundamental belief of the defendant that the commissions of high degree of offences of sedition, usurpation of the royal prerogatives and violations of constitutional provisions have not only come before the formal notice of the court of law but the hard evidences thereof have also been entered into the formal records of the court.

“It is thus fearsome to the defendant’s belief that if the court accedes to the conditional prayers of the plaintiff, it may tantamount to a nation’s ‘court of law’ turning its blind eyes to the formally informed records of those offence commissions,” said the lawyer.

The defence pointed out that even by the precedence set by the court in the recently decided civil suit of BNB vs. Dechen Tshering, the Court had sternly declined to allow either out-of-court settlement or withdrawal of the case by the Plaintiff wherein much lesser degrees of criminal elements were found to have existed in the opinion of the court. 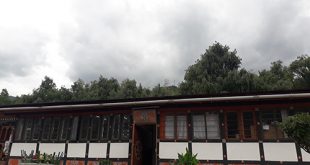 Civil Service reorganized into 4 Clusters of Governance, Economy, Social and Security across ministries with a Coordinating Secretary heading each one