Despite rules Highways double up as teaching grounds for learner drivers

There are hundreds of motor vehicles that zip along the roads in Thimphu every day. The same busy roads are used as practice ground for those learning to drive.

However, it was found that most driving schools around the country take the learners to drive on the highways within the first week of driving lessons. In Thimphu, the driving school instructors use the Thimphu-Babesa Expressway to teach driving. The RSTA rules are often violated as instructors take more than one learner (up to four learners) packed into one car for driving lessons.

A driver learner, a final year college student, Tshering Wangdi, 25, said he drove on the highway within just two days of driving lessons. “There is a risk, being a beginner, but the instructor instructs me to not to go beyond the speed limit,” he said. He added that it is necessary to practice driving on the highways. “Driving on highways also depends on the ability and confidence of a person,” Tshering Wangdi said.

“Sometimes we are afraid of any ill incidents but I am interested to drive,” a graduate from India, Karma Wangmo, 23, said. A teacher, 36, said he was given full training at the driving school’s driving field before heading to the highway. His daily driving routine, along with three other learners in the car, is to drive up to Khasadrapchhu and back. “

The proprietor of Gangjung Driving School, Ugyen Tenzin, said a normal driving course is three months long. He said the learners first go through driving simulator lessons for a week. After mastering the gear shifting, the learners move on to practical

driving lessons in a field at Jungshina.

After the third week of lessons, the learners move on to the highways, he said, adding the school has not encountered any accidents since its establishment in 2009. “If we teach them to drive in remote areas and not always on highways, later there are chances of accidents occurring because of a lack of confidence,” Ugyen Tenzin said.

On the issue of carrying more than one trainee passenger per car, he said, a car provided for an instructor and multiple learners is convenient and economical for the school.

A key constraint faced by the driving school is having a field to practice driving. He said it has been difficult to find a field due to the land shortage in Thimphu.

“Apart from highways, there is no place to learn. Those learning to drive by themselves, without an instructor, on the highway is risky,” the Proprietor, USD Driving School, Ugyen Singye Dorji, said.

He said driving along the highways is a common practice carried out by all driving schools. He said USD takes the learners to drive on highways by the third week. Further, he said it is the instructor who drives the car when all four trainees are in the car. The instructor takes only one learner on the steering wheel at a time to teach on highways.

A RSTA official said only the driving instructor and one learner are allowed to be in the car, and no other passengers for safety reasons. A fine of Nu 600 is levied on those violating the rule. The offence of carrying extra passengers and driving along the highway has not been recorded with the RSTA till date.

The official said RSTA gives permits to drive along the designated highways. He also said the RSTA Act, 1999 is under revision.

The Superintendent of Police (SP), Traffic Division in Thimphu said RSTA designates the places to practice driving. He added that the traffic police carry out strict monitoring along with RSTA. The SP said the driving schools

are not allowed to drive along the highways when there are scheduled VIP movements.

“We do not have the authority on where they should learn, in their own institute or a compound, but they should have the basic minimum small driving ground,” he added.

He said each driving school should make the learners to go through the driving simulator to gain spatial ability and skills before they are allowed to drive the cars on roads.

“The identification of the road, where they should drive, is with RSTA,” he said, adding that the driving school cars must carry only the driving instructor and the learner, and no passengers. He said the department has only two officials to monitor the hundred plus institutes. He added that the Department of Occupational Standards has a right to warn and cancel the license of those driving schools that do not comply with the rules and regulation.

The Senior Program Officer, Department of Occupational Standards, Tshering Penjore, said the minimum criteria for driving schools is to have two cars, two instructors and one supporting staff and an office, first aid, teaching aid, and a driving area for beginners to learn to drive for at least for a week.

He said there is an ongoing discussion on the eligibility and standard of driving cars because some of the driving schools use old cars. He also added that the driver learners are allowed to drive on the highways designated by RSTA once they can control and drive the car.

A trainee is expected to have a three-hour class and nine kilometer drive in a day. Currently, there are 16 driving schools in Bhutan, of which four schools are based in Thimphu.

Share
Previous Government expects 20% tourist arrivals for Eastern Bhutan in the next three years
Next PM meets with Ambassadors from Belgium, Egypt and Poland 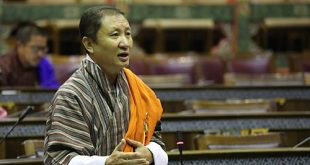 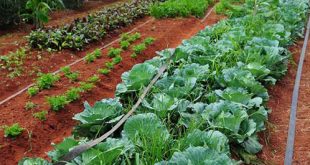 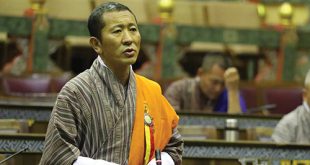 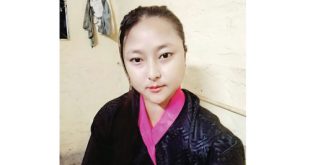