DNT asks PM and FM to step down over Fiscal Incentives

In sign of the heating political environment the Druk Nyamrup Tshogpa (DNT) has asked the Prime Minister and the Finance Minister to ‘step down’ over the Fiscal Incentives being declared a money bill in Parliament when the government had introduced it as a report.

The party has said if needed it is ready to also take the government to court over the issue.

The party said the government has ‘intentionally violated’ the sacred Constitution by imposing fiscal incentives without passing through the parliament as it should have done.

DNT said that Article 14.1 states that “Taxes, fees and other forms of levies shall not be imposed or altered except by law.”

“What humiliated the Nation is that the PM is the same politician, who as the OL back then, took the DPT Govt to court on its failure to seek Parliamentary approval before imposing vehicle tax,” said DNT.

The party said that in a ‘historical verdict’, the Supreme Court had made it crystal clear that any revision of taxes must be passed through the parliament as a law.

DNT said the PDP government’s ‘intentional failure’ to apply this to its fiscal incentive policy contravenes the “very law” that it chose to defend against DPT.

“We are therefore appalled at the serious breach and the grave intent behind continuing to justify this violation. Furthermore, we are astonished at why interpretation is being sought and sacred institutions dragged-in, when the case is clearly a breach of the Constitution,” said DNT.

It said that choosing to defend and violate the constitution to suit narrow political interests is egocentric and dangerous.

“This selective Tha Damtsi to the Constitution is very serious and when done by the PM himself, is unacceptable and has brought a national shame to Bhutan’s tryst with democracy. Now, the Prime Minister and the Finance Minister should take moral responsibility and step down to prove their allegiance to the Constitution and to the Tsa-Wa-Sum,” thundered the release.

The party said that in the greater interest the Nation and for the future of Bhutan’s infant democracy the Government of the day or any other political party must refrain from setting a wrong precedence.

They said, “The Constitution is the mother of all laws, a sacred gift from the throne and we stand firm in our defense of the constitution and if necessary we are prepared to take the Government to court.”

When the paper contacted the Prime Minister he said he would respond appropriately next week.

The Finance Minister, in line with the Fiscal Incentives (FI) of 2010 and 2013, had recently presented the 2016 fiscal incentives in the Parliament as a report for information along with the Budget, which was separately treated as a Money Bill.

The assumption made by the Ministry of Finance based on precedence and its reading of the 2011 Supreme Court tax verdict and tax laws was that it had the right to give incentives or tax breaks, as it was not the same as altering tax rates, which needs parliamentary approval.

However, this precedence and assumption was corrected by a combination of the Finance Committee, Speaker and also the Opposition.Ultimately the National Assembly resolved that based on the Constitution, Public Finance Act and a more complete reading of the Supreme Court verdict the incentives will be treated as a money bill.

The only issue was that the incentives were already in effect from January 2016 and the so the FI was supposed to apply retroactively.The Finance Minister requested for the retroactive application of the FI from January 2016 otherwise money would have to be paid by various businesses for 17 months.

The Opposition sensing a political opportunity said that there should be no retroactive application though it had done the same thing in 2013 and in 2010.

The National Assembly decided to refer the matter to the Supreme Court on the matter of retroactive application of the Fiscal Incentives. 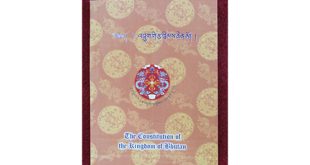 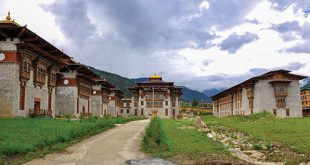 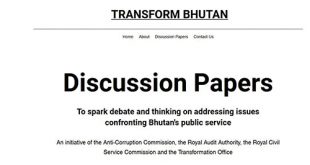 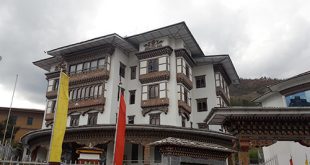