On 9th September, when DPT introduced Chencho Nidup as its new North Thimphu candidate to its party members and the media, requests for interviews or questions from the press were strangely declined.

This was because behind the scenes Chencho Nidup’s appearance at the event almost did not happen as the ‘candidate’ was not interested. It was only after frantic last minute calls from DPT and a request to at least be there for the ‘Tendrel’ as a ‘probation candidate’ that he came there. Even the candidate’s mother was upset that her son was there at the event at all.

In a telephonic interview Chencho Nidup told this paper that two to three days before the event he had told the party that he did not want to contest. The Opposition party, while acknowledging the candidate’s hesitation, said that Chencho’s father had confirmed him as a candidate at 8.30 pm in the evening after the Tendrel on 9th September.

The resignation or withdrawal of DPT’s new North Thimphu candidate on 15th September, caused a political storm towards the end of the week with a visibly shocked Opposition Leader Pema Gyamtsho telling this paper on Thursday that it was a ‘bomb shell’ for him.

The reverberations of that ‘bomb shell’ could soon be felt as the Opposition party went on the attack on Thursday and Friday alleging foul play behind the candidate’s resignation. The party, however, clarified that it did not have any concrete evidence to prove its allegations and instead asked the media to probe the issue.

The candidate, on his part, in two telephonic interviews with the paper shot down several of the Opposition’s allegations and made his own reasons and stance clear on why he withdrew.

The Opposition Leader (OL) in an interview with the paper on Thursday said, “What the candidate and his brother told us on Monday  was that they are under a lot of pressure with different sources telling them not to join DPT otherwise their business would be affected and that DPT is a ‘Ngolop party’. Once they were told that they could not even sleep at night.”

In a press conference on Friday the Opposition party upped the ante saying that they that the decision to withdraw was not of the candidate and they suspect that he was pressured into it.

The OL said that on Wednesday several people associated with the ‘other party’ have been seen spending time in the candidates ‘shop’. He said the candidate had said that he received a long call from the Finance Minister who was in Trongsa and said that he would also meet with him once he is back in Thimphu.

“I don’t know if the Finance minister met him or not but definitely people associated with the FM and PDP have come to talk to the candidate. There is a strong basis for us to believe that it was the turning point and that was the reason,” said the OL.

The OL said that the bottom line is that the DPT respects his choice but they hope that the decision was done in a way that the candidate can comfortably live with himself and that he has not been pressurized into taking this decision and that it was his own decision.

“Of course we would be happy to have him as our candidate but we are also not in a situation that we won’t be able to find other candidates as we have candidates lined up,” said the OL.

However, the candidate completely denied the points made by the Opposition Party and said there was no pressure put on him but that he withdrew due to very practical reasons.

Chencho Nidup said, “It is not true at all. Forget about borrowing money from people I do not even have loans from banks as my father invested in my business a year ago and so there is no requirement for any loans.”

On the Trade fair business being affected Chencho said that his company ‘Druk Events’ was hosting the trade fair. He clarified that all he had told the Opposition Leader is that after joining he could not concentrate on his business and so he was even losing track of who has to give him money or to whom he has to give money.

“My Indian partner in the Trade fair complained that I was not concentrating on the business,” he said.

He said that he is a private businessman who does business as per the rules and so there was no question of his business being affected or coming under pressure.

Regarding the call from the Finance Minister the candidate said that since the minister is his uncle he had only called him to wish him well as a candidate.

When contacted by the paper the Finance Minister Lyonpo Namgay Dorji said that he had only called to wish Tashi Delek to a family member and he denied any attempts to influence the candidate. Lyonpo said that he had called MP Khandu Wangchuk first and on not getting a response he had called the Opposition Leader to only joke that that DPT was turning an Uncle and Nephew into political rivals.

On PDP supporters being there at his shop on Wednesday the candidate said that first of all he does not own any ‘shop’ and only has an office and there was no such meeting.

He said that he was so busy that he did not even get time to meet with his close friends for lunch.

On the allegation of receiving phone calls the candidate said, “I am not guilty and I have not been threatened or bribed and I am even willing to share my phone records which will show there was no pressure on me.”

On DPT’s allegations over his ‘sleepless nights’ the candidate clarified that he was tense at nights because his father over a year ago had invested around Nu 10 mn in his new ‘Druk Events’ business and his worry was on balancing political life and his business.

“My father has high blood pressure, my mother is very religious and my brother is not capable of doing business and moreover he is going for his higher studies. So I really wondered what would happen to my business once I join politics,” he said.

The candidate clarified that it was DPT who first approached him and his father and from the very beginning he was in a dilemma even leading him to decide that he would not be a candidate a few days before the Tendrel. He admitted that though his father had called DPT on 9th September evening confirming his candidature, he was still not sure.

The candidate said that he also did not feel that he would make a capable candidate given the demands of political life and especially with a new business to run. He said in addition to the above, his mother also strongly disapproved of his joining politics in any format all. He said that the only reason he came for the Tendrel ceremony was not to embarrass the DPT and also on the assurance that DPT would treat him as a probation candidate.

The candidate said that given his withdrawal he understands that DPT wants to personally insult and defame him but he does not want to get in a war of words with the party or embarrass it further.

The OL in his press conference said that the main concern of the party is if this happens again and other candidates of the party are also influenced. 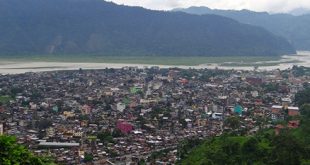 Outbreaks in Phuentsholing, Gelephu and SJ coincide with surge of Omicron across the border, foreign workers and heavier use of quarantine facilities 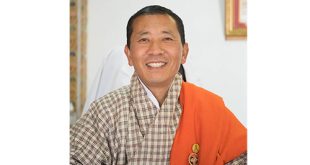 Opening of lockdown to depend on how compliant people are with protocols: PM