In what could be the final nail in the coffin for the already troubled private media houses the Election Commission of Bhutan (ECB) circulated a circular yesterday saying that all election advertisement would be given only to Kuensel, Bhutan Broadcasting Service and Kuzoo FM.
The ECB Circular itself was in line with an earlier circular and letter from the Ministry of Finance sent to all government agencies to cut down on expenditure as part of its cost cutting measures.
The circular says, “In obedience to the directives contained in the circular No. MoF/R-Circular of 11th June, 2012 issued by the Ministry of Finance that government agencies are to publish advertisements in selected medium and not all the papers at the same time, the ECB hereby, notifies all concerned that henceforth all advertisements, public notifications and voter educational and information materials related to elections and the ECB will be published in Kuensel, televised through BBS and broadcast over Kuzoo FM Radio only.”
The circular was also printed on the 17th August 2012 issue of Kuensel.
According to reliable sources the ECB had not planned to take such drastic measures over the 11th June 2012 circular as it continued advertising with multiple media houses. However, the ECB was forced to make this move after a strong letter from Finance Secretary on 9th August 2012 reinforced the above circular.

Media in panic
The Circular has already sent a wave of panic and shock through the troubled private media industry that was looking at the ECB advertisement as a source of survival given the cut in government advertisement budget.
Editor of Bhutan Today, Ugyen Tenzin said, “It could be a mistake of the ECB and in the coming days, ECB should reconsider otherwise a vibrant democracy is lost.”
The chief editor of Druk Neytshuel, Chundu Tshering said “Does it mean the government does not want the private media, since the private media is doing a good job. “He said that the move was unconstitutional as the ECB notification came after Ministry of Finance (MoF) and Ministry of information and Communication (MoIC) circular.
If broadly interpreted the circular by the ECB issued on government instructions would wipe out the private media and leave only the government owned media houses standing.
The Constitution under Article 7 of fundamental rights says, “There shall be freedom of the press, radio and television and other forms of dissemination of information, including electronic.” This circular contradicts this provision including other two provisions of section 2 which gives Bhutanese citizens the freedom of speech and expression and section 3 which gives a Bhutanese citizen the Right to Information.
Media professionals including media observers also feel that the government’s stance of selectively controlling advertisement would affect free and fair elections in 2013 too.
Leki Dorji a consultant and media watcher posted on the popular facebook site called social democracy. He wrote, “This announcement from ECB worries me. If ECB as an important constitutional body needs to “obey” the directives of the Ministry of Finance to give their advertisements to only Kuensel, BBS and Kuzoo then all of the private media is going to die out. This is a sad day for democracy in Bhutan. My two main worries are no 1. Will there be free and fair elections without the voices of dissent in 2013 and no 2. although I gave the benefit of the doubt to MoIC circular asking all departments to not give any advertisement to “The Bhutanese” thereby gagging the free press, ECB having to “obey” the directives of the Ministry of Finance clearly shows that all government agencies are effectively following the directives of the MoF that will kill the private media. This is a sad day for our democracy, an effective death knell to free press guaranteed by our sacred constitution.”
A Media professional said, “The most important mandate of the ECB is to conduct free and fair elections and I don’t think this will be possible with the government doing such things.”
CEO of Druk Yodzer, Lobzang Dorji said, “The government which is responsible for promoting vibrant democracy is actually restricting media growth and private media in fact is treated as a foreign media. “He said that the ECB and media should work hand in hand to inform the voters rather than killing media houses. He also said that Bhutan Times and Bhutan Observer had started under the command of His Majesty the King.
The CEO of Bhutan Youth, Yangchen Dema Drukpa opined that the ECB must have been forced into this decision and that it was not at all good for a healthy democracy.

ECB under pressure
Prior to this the ECB had already come under fire from the National Assembly over its election expenditure in the 2008 elections and the recent local government elections. This was also in backdrop of long running tensions between the National Assembly and ECB on a host of issues from the Local Government Bill to other election related issues.
During a question and answer session in early January Mongar MP Sonam Penjore asked the prime minister on how the government was planning to cut on election spending, also saying that that it was about time for the government to consider an advertisement policy.
The Prime Minister Jigmi Y Thinley in response agreed the election spending was more than necessary, and that it merited some consideration, particularly at a time when the nation still depended on financial assistance from other countries that were planning to pull out at any time.
Lyonchhen said that the government was as concerned and mulling over how to lower its expenditure on elections and he said the Ministry of Finance would draw up ways to do so.
However, recently it was revealed that the government would be putting up only Nu 500mn to fund the 2013 elections of both the National Assembly and National Council. In 2008 the ECB had Nu 530mn to fund the elections.
For 2013 given the increased costs and possibility of primary round due to many parties coming in the ECB had proposed Nu 683.6mn.
According to the book on the 2008 elections, ‘Drukyul Decides’, the Training of electoral officers, voter education and publicity programs was Nu 54mn. According to the same book the supplementary advertising budget for the NA and NC elections was Nu 8.7mn and Nu 2.5mn for broadcast material.
Earlier in January MP Sonam Penjore pointing out the ECB’s expenditure for the 2008 elections and local government elections had said that Nu 29mn had been spent for advertisement.

Political parties worried
Apart from private media houses there is also growing apprehension among political parties on the impact such a circular will have on election coverage in 2013.
Druk Chirwang Tshogpa (DCT) members say that they will talk about the circular with ECB.
Dr. Tandin Dorji, the spokesperson for the Druk Nyamrup Tshogpa (DNT) said “When His Majesty recognized the role of media the Government should do more than this.”
Dr. Tandin Dorji said that probably all ministries could have implemented the circular but at least ECB came forward to give the notification.
The Opposition, Member of Parliament (MP) Damcho Dorji commented that this was an issue of big concern. “If the aim of the government is to reduce the cost then the best way is to tender out based on procurement rules,” he said.
A politician who did not want to be named said, “Everybody knows that the BBS completely depends on the government for survival and the new BBS board has people close to DPT or ruling ministers and Kuensel on the other hand is still 51% owned by the government. Under these circumstances what the government is trying to do is very clear.”
The Managing Director of Kuensel, Chencho Tshering said that the government is working on the advertisement policy and circulation audit
“We respect the government view but I hope the government would look into the circular. We do not want to see all private media houses collapsing,” said Chencho Tshering.
Managing Director of Bhutan Broadcasting service (BBS), Thinley Dorji said, “The ECB circulation has to do with the national coverage and may be that is ECB’s choice”. 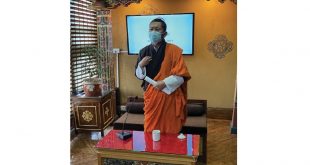 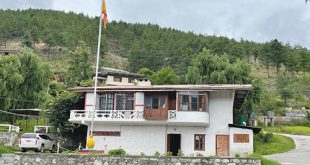