The expenditure in providing free health services is escalating yearly, in line with the annual per capital health expenditure, as pointed out in the “Annual Health Bulletin, 2015”.

60 percent of the health expenditure is funded by government, 13 percent by the developmental partners, 25 percent from household contributions, and 0.4 percent from corporations.

In the same fiscal year, Nu.2928mn was allocated for health sector that is about 7.4% of the overall government budget allocation. The major spending, that is 66 percent, occurred for hospital and outpatient curative care, medicines, and supplies.

The cost of medical referral abroad has also escalated with the number of patients increasing every year, it report states.

At the dzongkhag level, about 45 percent was allocated for primary health care services, while rest, 55 percent went into hospital services.

In delivering selective health services, expected to ease the congestion of patient admissions in the public hospitals, there are nine private diagnostic centers in the country. Moreover, a private nursing college in Phuentsholing has been established to train nurses.

The report also states that the concepts of green and sustainable architecture and earthquake resilient features are followed for the construction of medical centers.

The ratio of nurse to bed stands at 1:8. The health workforce increased from 1364 doctors and allied professionals in 2001 to 2932 currently. At present, there are 877 health facilities including hospitals, BHU (grade I and II), ORCs and sub-posts in the country. 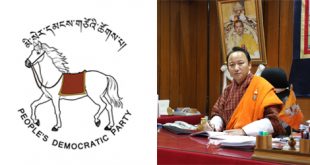 DPO envisions 100 percent employment for people with disabilities by 2030

There are an estimated one billion people living with disabilities worldwide, and they face many …