From Gewog and Dzongkhags

Although development activities are not upto satisfactory level, Jurmed community is active with Tsechu preparation.

The Tsechu is on 24 October, and it is held in Ugyen Gatshel Lhakhang.

The Gewog Gup Rinchen gyalpo said “It’s the moment when people gather from all the villages and pray for their success and prosperous life”.

The Gup said Ugyen Gatshel Lhakhang was built a long time back but nobody knows the proper date of its establishment. Nonetheless the Tsechu is still conducted and the gup hopes that future generations would continue the same.

In the case of budget, it’s a collective program and those who perform mask dance and other forms of dances are volunteers. However the offerings for lams and gomchens are collected from all the 308 households.

“During the Tsechu there will be all kind of mask dances like Dramitse-Nga cham, Durda cham, Guru Tshengye and many more,” said the teacher of mask dance. He added that the participants of mask dances is Gomchens and the villagers. Meanwhile the traditional dances would be performed by the village women.

Khenpo Tshewang along with other Khenpos presided over the Baza Guru Dhungdrup ceremony. Gomchens, public and students participated in the ceremony.

Gewog Administrative Officer (GAO) Ugyen Wangchuk said despite the ceremony taking place in the school, students attend regular classes and only join the crowd when they are free.

About 200-400 people participated in the ceremony in a day. The ceremony started at 7 am and lasted till 5 pm every day.

People from various gewogs under Samdrup Jongkhar such as Martshala, Pemathang and Samrang gewog also joined Phuntshothang gewog in the ceremony.

The ceremony concludes today after a week-long ceremony.

When bamboo plants are flowering and drying in some parts of the country, places like Goshing and Phangkhar gewog in Zhemgang are believed to be growing them abundantly.

Farmers were recently alerted about the direct bamboo business which is an alternative source of income generation though the farmers have long depended on bamboo products.

With government’s emphasis on the use of bamboo as the potential alternative building materials, the demand for bamboo has relatively increased in those areas. And the quality bamboo is found aplenty and easily available.

The International Network for Bamboo and Rattan which Bhutan joined in 2010 has strengthened the bamboo development and helped assistance to build an engineered bamboo house which would serve as a demonstration of an earthquake resistance and cost efficient option for the housing. 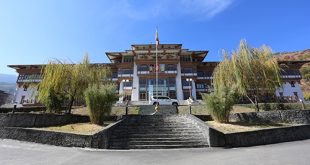 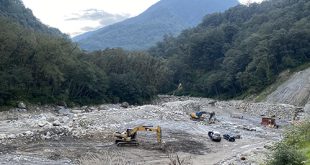 Gasa Tshachu expected to resume before next Royal Highland Festival

The National Environment Commission (NEC) has imposed a fine of Nu 132,500 since the launch …