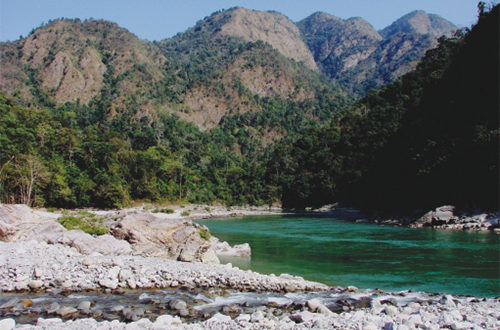 Govt aims for a final decision on Sunkosh by June 2021

The 2,560 MW Sunkosh project may be the most discussed hydro project in South Asia that is yet to take off.

It has been learnt that the Minister of Economic Affairs Lyonpo Loknath Sharma has given a final target of June 2021 to the Department of Hydropower and Power Systems (DHPS) to discuss with their Indian counterparts and come up with a decision on either doing the project or not by then.

By June 2021 if the project is to be done then the plan is to have a clear plan of action including when construction can start.

The other alternative is that it may become clear by then that the project will not happen at all for a good many number of years. In that case the government will have to inform the people on the project not happening or it being significantly delayed.

The aim is to come to a firm conclusion either way and not leave the project hanging in thin air.

The project has already been agreed to be an Inter Governmental project in late 2019 after years of wrangling over its nature.

Then the next hurdle was the implementation modality. The Indian side proposed the Turnkey model where an Indian Public Sector Undertaking (PSU) would take over everything from design to construction with full management control during construction.

However, the Bhutanese side was not in favour of this and wanted to instead reform the current system of joint control and make improvements based on lessons from past and ongoing projects.

The last formal communication between the two sides on this was more than a year ago in October 2019.

However, even this final hurdle seems to have been passed as both sides more or less informally agreed to modify the current model and make improvements to it.

Even with this final bit out of the way the project has been hanging for more than a year now and now the decision which has to be made is to do the project or not at all.

The Bhutanese side which has been strongly pushing Bhutan’s first reservoir project for a while has been waiting for a final yes from a non-committal Indian side for a long time.

A realization is now dawning is that the issue is not the small nitty-gritty details anymore but no concrete commitment from the Indian side to get the project going.

What has not helped is the COVID-19 pandemic but even before the pandemic there were commitment issues around the project from the Indian side.

India had broadly committed to the project but such broad commitments lacked specifics as it could also mean the project for all purposes could be done 100 years from now.

Bhutan for the last few years has been strongly lobbying with India to get a specific commitment and funding to construct the project but with no success.

Though India committed to Sunkosh in 2008 as one of the projects for 10,000 MW by 2020 there was consequent hesitation due to the large size of the project and the finances that would be required.

The project is seen as being important for Bhutan as it will be Bhutan’s first reservoir project which first means stable power even in the lean winter months for Bhutan’s industries and also the ability to generate and sell more power at times of the day when it is most in demand in India.

However, after years of not being able to get India to fully commit to the project the realization is now to get a definite answer.

A source said that if the project is not happening then it would be better to know as a lot of development activities in Lhamoizingkha has been held up in anticipation of the project.

“At least then local people would be allowed to go on with normal developmental activities and vast swathes of land kept aside for the project can be used for agricultural or other purposes for the time being,”  said the source.

In the worse case scenario of India not committing to the project, Bhutan may even have to explore the option of going it alone by looking for international financing and then selling the power to India.

Both sides have also been discussing on the financing modality. The Bhutanese side is pushing for 70 loan and 30 grant to be given by India like in the current projects.

The Indian side has given options one of which includes 80 loan and 20 grant and another is a taking a loan from the EXIM bank in India.

The Bhutanese side is insisting on 70 and 30 and that while India can get the loan from any source it should be gotten by the Indian government.

The parameters of tariff negotiations for Sunkosh may also be a future matter to consider as the Indian side in the past had proposed changing some components of the tariff formula to bring down the tariff rate. A complication here is that the project will be an expensive one and tariff is usually cost plus and the cost also includes the cost of financing which may also be higher.

One proposal from Bhutan to control the cost of the project is for India to first release the grant component so that work can be done without any loan interest during construction.

In 2014 September money for the Detailed Project Report for Kuri Gongri was put on hold.

Then in November 2014 when the then Indian President visited Bhutan an announced list of 5,050 MW projects included JVs but omitted Sunkosh and Kuri Gongri.

The former government then got into hectic diplomacy to revive these two projects. In 2015 and 2016 Indian officials offered the JV route for Sunkosh.

However, the Bhutanese side stuck to the Inter Governmental model. A big breakthrough was achieved when the Indian government in 2017 and 2018 in stories first reported by The Bhutanese agreed to the IG model for Sunkosh.

In 2016 Kuri Gongri also achieved a breakthrough when the remaining funds for its DPR was released.

When Prime Minister Narendra Modi visited Bhutan in August 2019 the joint statement of both the governments said, that given the the huge benefits that would accrue to both countries from the 2,560 MW Sunkosh, they agreed to finalize the implementation modalities for the Project at the earliest to enable commencement of construction.

The Indian Ambassador in a press conference towards the end of 2019 mentioned that both Sunkosh and Kuri Gongri are on the table.

However, despite these broad commitments the two countries have not been able to hammer down a specific agreement to do the project with a timeline and budget and most importantly to start construction of the project.

Far from the budget and starting construction Bhutan has not even been able to get a commitment from India to jointly announce the project with a signed agreement.

Share
Previous Breaking: DHI Companies will not take the annual two-month bonus
Next Lyonchhen says Royal Kashos are a lifetime opportunity and transformational for the Nation 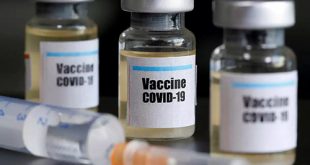 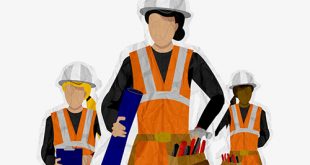 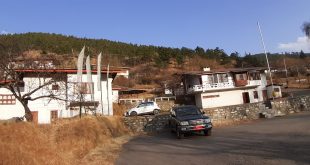 The story behind the criminal conspiracy

The Bhutanese, over the week, was contacted by a source with information on the case …