Govt had already decided to not corporatize JDWNRH: PM

The motion to stop corporatization of JDWNRH was passed in the lower house on Thursday based on majority votes from the members, whereby of the 39 members present and voting, 19 voted ‘Yes’, 15 ‘No’ and 5 abstained.

However, the Prime Minister a day later on Friday evening in an interaction with Editors said that the cabinet had already decided to not go for the corporatization of JDWNRH given the deliberate misrepresentations and misunderstandings created around it.

Lyonchhen said that what only held the cabinet back from taking an official decision was to await a report from a committee on the issue.

The PM said that from day one the government and its ministers had been saying that corporatization will not lead to any kind of charging for services but people had been deliberately misled.

He accused the Opposition party of withdrawing political mileage from a non-existent issue.

In response to a question from the paper the PM acknowledged that one of the main aims of corporatization was to not only improve services but also get over the RCSC’s rejection of additional pay for specialists, doctors and medical staff.

The JDWNRH has been losing many specialists and doctors over the years due to its inability to pay them for their hectic working hours and the large numbers of patients handled by them. The government is now back to square one on the growing challenge of retaining medical staff.

The PM said that it was unfortunate that the health sector was being affected by politicization and also by some misleading media articles that hinted at charges being levied based on the Opposition’s party’s assertions. He pointed out that in the end it would be the parents, children and family members of everybody involved depending on the same hospital and doctors and especially so for medical emergencies.

The PM said that the government had been sincere which is why it made the JDWNRH autonomous along with the right to use cabin charges and additional budget.

He said this had already led to improved services and conditions in the hospital.

The PM said that even in all his Gewog meetings after talking about the budget his next immediate topic would be on health care and how it was provided free of cost by the government and would always continue to remain free. He said that he encouraged villagers to use medical facilities while the government would be responsible for giving them good and quality medical care and medicines.

Lyonchhen stressed that free medical care was granted as Kidu by The Kings of Bhutan and the government would never think of changing such a system.

On Thursday the Panbang MP, Dorji Wangdi moved the motion in the parliament to stop corporatization of JDWNRH by the government. “With due respect to the rights of the people of Bhutan as enshrined in the sacred Constitution of the Kingdom of Bhutan to provide free basic health services, the government should stop corporatization of JDWNRH with immediate effect. We would like to request the Speaker to put the motion to debate and vote,” appealed MP Dorji Wangdi.

He justified before the house that corporatization would mean commercialization, which ‘might’ gradually lead to privatization whereby the public health facilities could end up in the hands of private businesses. “Such move by the government will have serious implication which will affect equitable access to public health services, quality of life and widen the gap between the rich and the poor. The Opposition party strongly objects and opposes corporatization.”

In response the Health Minister, Tandin Wangchuk said that the government’s intention to corporatize JDWNRH and the interpretation of the public on the issue totally contradicted the rationale behind such plans.

“Leaving aside the government of the day, I don’t think any other government in the future will ever make our citizens pay for the health facilities which we have been enjoying it free of cost. The Panbang MP expressed that corporatization might gradually lead to collection of fees for accessing the basic health services; so I would like to remind that such trend has already been started during the former government’s rule where fees are charged for special consultation after 4 pm,” said the minister.

The Health Minister said the health facilities and services improved by leaps and bounds after JDWNRH was granted autonomy and saw further opportunities in improving such services through corporatization of the hospital. “The Ministry has just issued an executive order to form a committee to study the possibility of corporatization of JDWNRH and carry out detailed consultations with all the relevant stakeholders; apart from which the government has not yet declared that corporatization will be carried out definitely.”

An independent committee comprising of Ministry of Finance, Gross National Happiness Commission, Royal Civil Service Commission, Bhutan Medical and Health Council (BMHC), Drug Regulatory Authority, Druk Holdings and Investment was formed after an executive order to look into the pros and feasibility of such advancement. The Health Minister updated that research works by the committee are still underway and that the report is expected to be complete by December this year which will then be submitted to the Cabinet.

Lyonpo Tandin Wangchuk clarified that among several other objectives for proposing corporatization of JDWNRH, the government mainly intended to retain the medical specialists in the country from resigning in search for better remuneration or from retiring due to age limit in line with the Civil Service Act of Bhutan; all the while without altering the delivery of free health facilities and instead improving service delivery.

The Opposition members suggested that since the need for corporatization as put forward by the government concerns on retention of medical specialist in the hospital, the government should instead remedy the issue through a other much more feasible measures and not through corporatization.  However, without a corporate status the JDNWRH has little space to wriggle and will have to work within the strict confines of RCSC’s rigid Acts and rules that treat all civil servants including doctors at par.

Share
Previous RSTA to ignore media and social media complaints and wants complaints filed ‘courteously’
Next Unemployment down to 2.1 percent 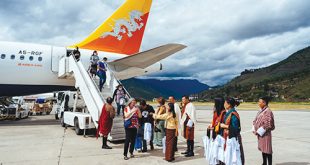 Bhutan welcomes tourists back again with 119 tourists on day one 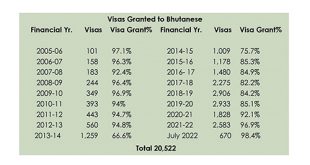 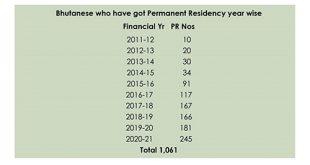 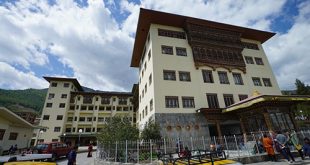 JDWNRH down by 10 doctors

2 specialists and 5 doctors take EOL from JDWNRH, 2 retire and 1 resigns A …