On the other side there are safety concerns and risks around opening of schools with a rash of new imported cases.

The government is worried that the students are not able to get the minimum required knowledge to learn for the year.

Prime Minister Dr Lotay Tshering said the government is very worried about the schools being closed down for more than two months now. He said the routine of attending school, classroom learning and sitting for exams and getting promoted is disrupted.

The PM said children are missing out on playing and studying together in the school. He said, “They are missing out on learning social values as well as not being in the class itself would have a psychological effect on the students.”

He said there is a huge gap between teachers and students now. “It is not just missing out on the curriculum or promotion but every individual is missing much more which is equally important. There is an additional burden and pressure put on the parents too,” he said.

“Are we not burdening the parents more, both physically and monetarily?” the PM asked, and he said not all parents are the same as there are some working parents who have their own office work to do.

He said the situation might have led them to feel pressurized because they have to work as well as listen to their children’s demands. They have to worry about COVID-19, office work pressure and now children being home.

“If the schools were open, all these worries would have been solved. But on a positive note, the students are able to spend more time with their parents,” he added.

The PM noted that after the schools closed, a certain section of the formal and informal economy have shut down as well. The PM said that the government will take a decision soon on reopening schools including on how to make up for the two lost months which could include doing away with holidays and having classes on Saturdays.

A final year student in Sherubtse College, Sonam said she is not sure if any learning is taking place now. She said that when she was attending classes in college, there was great interaction in the classroom that helped in understanding the lessons delivered, and at same time there was a joy in learning.

She hopes to go back to college and start learning soon. “I feel if the college opens for few weeks for exam, it would be a great idea but the risk of COVID-19 can be high,” she said.

Yangzom, 36, a parent said she is worried about her daughter’s studies since she will be appearing for the board exam. She is hopeful that the government will have a plan for students appearing board exams other than an online examination.

She added e-Learning is worrisome as she is not sure whether her daughter is  studying or not. “I cannot go after my daughter and ask her to study all the time,” she said.

A student at the Royal Thimphu College, Kalden, said he is bored of being at home and studying alone. He said he misses classroom learning and the talks with his classmates during the breaks. He said his life was much easier when he had to go to college and learn from the lecturers.

He said he is straining his eyes learning on his smartphone and laptop. “I also get more assignments now than when the college was open. I wish the government would reopen colleges at the soonest,” he said. 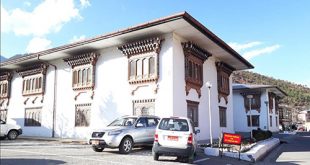 842 COVID-19 cases reported in the country so far

Managed to catch outbreak in nick of time but lockdown violators pose a challenge: Health Minister