Have started slow and granted relaxations but serious on plastic ban reinforcement: NEC

The Chief Environment Officer under the Waste Management Division, National Environment Commission (NEC), Thinley Dorji, said that all the stakeholders across the country are taking the plastic ban with a gradual pace so as not to overwhelm the public, however, he added that the ban will be taken seriously after a few weeks of preparatory and familiarization phases.

“We have various implementing agencies all across the country, including the LG leaders that help in reaching the awareness program even to the remote parts of the country. We have asked each dzongkhag to come with up their own plastic ban reinforcement mechanism that is more suitable in their region. Some of the Dzongkhags have already submitted their strategies to the Commission,” said Thinley Dorji.

The stakeholders were also asked to explore alternatives for the plastic ban on use or sale of carry bags, doma wrappers, and homemade ice cream pouches.

“As of now, we can see strong collaboration from various stakeholders and we left it upon the authorities involved to decide the momentum with which they would like to take forward this ban reinforcement. For instance, Dzongkhags like Phuentsholing, Samdrup Jongkhar, Samtse, Gelephu among others, they are taking this plastic ban reinforcement very actively and there are other dzongkhags that are going slow but steady with it,” said Thinley Dorji.

He also clarified that in order to kick start the program somewhere and pick up gradually from thereon; the Commission has limited the ban only to plastic carry bags which also includes the more harmful ‘non-woven bags’ for now.

Earlier, the ban on plastics also included doma wrappers, homemade ice-creams, vegetables packed in plastics and homemade edible items in plastic but this has been relaxed for now.

It is for this reason that the homemade plastic wrapped products like Zaw and seeps among many such items can still be found in the market until a new alternative is explored for the storage.

However, he said that vegetables being packed in the transparent polythene are unnecessary as it not only reduces the life span of vegetables but also contributes to more plastic waste.

“Given that most of the vendors in the market earn their living by selling such products wrapped in plastics, we have decided to go a little softer as it can have an economic implications on their businesses for now until we find a viable solution to that.”

The ban will also include the so-called ‘bio-degradable’ plastics or bags, only some of which will be approved by the government after careful inspection on the quality.

The Chief Environment Officer reiterated that with the presence of heavy metal additives in the so-called environment-friendly plastics break down quicker than the conventional and widely used plastics in presence of light, oxygen, heat, and moisture. He also added that further consultation with the UN Environment confirmed heavy metal contents in such products.

“Such plastics do not degrade; instead they fragment into micro-plastics that are very harmful to aquatic lives.”

As part of the awareness program, it was also recommended to the agencies involved in the reinforcement of the ban across the country to switch to suitable tree leaves available in their respective locality to wrap possible products.

The ban reinforcement has also come under serious public scrutiny with some criticizing the Commission to first explore substitutes for the plastic carry bags.

To this, Thinley said that the composition of the packaged foods items that are imported are such that it cannot be exposed to open air and needs to be properly packed and there is no alternative to that, however, he argued that while shopping there is no absolute need for plastic carry bags, and one can just carry a basket or woven carry bags.

NEC is also carrying out a nationwide awareness program to help the public better understand the rationale for the reinforcement of the ban and in line to that Bhutan Scout Youth Forum in collaboration with the Commission and Thimphu Thromde has initiated a door-to-door advocacy program on the reinforcement of plastic ban on use and sale of carry bags, doma wrappers and homemade ice cream pouches for residences within Thimphu Thromde and Thimphu Dzongkhag for a month. 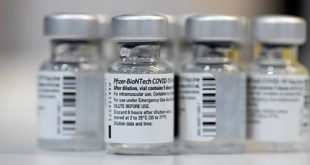 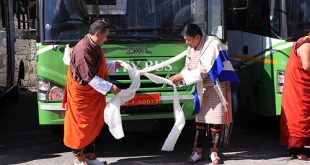 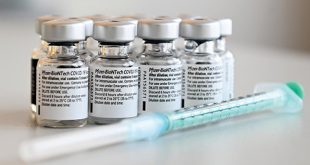