On November 9, the High Court passed its judgment on the case of illicit trafficking of Spasmo Proxyvon Plus capsules, upholding the Mongar District Court’s conviction and sentence. This is the first case of its kind that the High Court has had to judge.

Jamyang from Barpang Geog in Mongar was apprehended earlier this year in possession of 125 capsules of Spasmo Proxyvon Plus (SP) which is a third degree felony. In a straight forward drug case that courts deal with in large numbers, the Mongar District Court awarded him a second degree felony sentence of nine years and six months since the defendant was a recidivist (repeat offender).

Jamyang’s father hired a defense counsel and appealed to the High Court. The defense added an argument that though the  drug in question was universally accepted as a narcotic, the Narcotic Drugs, Psychotropic Substances and Substance Abuse Act of Bhutan 2015 mentioned only that the drugs mentioned in its schedule is to be prohibited. The schedule lists Dextropropoxyphene as prohibited but SP Plus contains Tramadol instead.

The High Court verdict enforced the OAG prosecutor’s arguments stating that though the schedule in the act did not specify Tramadol, it is still a narcotic with the same effects and acquitting the defendant would defeat the intent of the legislature which is to achieve a drug free society. The only exception would be a prescription from a licensed doctor.

It further said that this would clarify all past, present and future cases since a large number who had not known to argue of the specificity of the Narcotics Act schedule had already been incarcerated since implementation in 2015.

The original drug manufactured by the Indian pharmaceutical company Wockhardt Ltd under the name of Spasmo Proxyvon had been banned by the Indian government in May 2013 but the company side stepped the ban by making a slight change to its formulation and used Tramadol instead of Dextropropoxyphene. This means that all cases since the enactment of the Narcotics Act in 2015 have dealt with SP Plus.

This stance was first taken by a defendant, Thinley Dorji, in another case for the first time in Bhutan in a case heard at Phuentsholing Dungkhag Court. The court acquitted him of the possession of 126 capsules of SP Plus sentencing him to two years for possession of 25 grams of marijuana and 10 tablets of Nitrosun10 only. The OAG appealed and the case is under trial at the Chukha District Court.

Since the acquittal from the Phuentsholing Court, this argument has spread and is increasingly used by defendants caught in possession of SP Plus. There is a term called “jailed counsels” in which repeat detainees share their knowledge of the law and possible loopholes with less experienced convicts.

His Majesty The King granted citizenship Kidu to 579 individuals 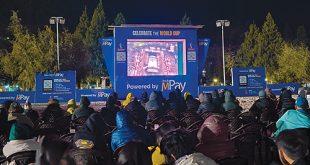 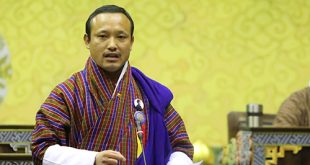 Maternity allowance on hold due to lack of recurrent budget 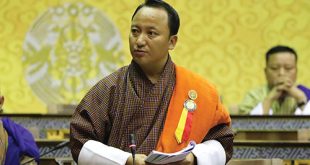