The shortage of laborers in the construction sector is slowing down the pace of construction works and Indian laborers are asking for high wages as the demand is high, said the General Secretary of Construction Association of Bhutan (CAB), Tshering Yonten.

He said that the Indian laborers are also planning to go back once the lockdown in India ends. Once all the laborers go back, there will be no workers in the country.

Meanwhile, he said that most of the Bhutanese workers willing to work at the construction sites are from the hotel industry, and has helped to ease the shortage of laborers.

“We have received three to four groups comprising of more than 20 individuals from different sectors who have been affected by the pandemic. They came looking for jobs at construction sites. However, they are unskilled workers,” he added.

He said that the Bhutanese workers are willing to work at the given rates. The contractors are handing the works at once with the ownership divided amongst the workers.

“The cost of hiring the skilled workers has gone up. Without the skilled workers, we cannot carry forward the work, so we have to use them as well.  Those who came forward said that they will do the work at a minimum cost, but the contractors are handing over the work at once,” he said. There are also a few taxi drivers badly affected by the pandemic working as laborers.

He added that the contractors who are on the verge of project completion are facing a shortage of materials as well.

“The materials which are in the country are being used at the moment, and we are requesting the government to accept the material substitutions. For instance, hollow blocks need to be used instead of bricks, and woods need to be used for roofing instead of steel so that the works can be completed within the given period,” he said.

Share
Previous As complacency sets in Health Minister says people should worry since everybody is at risk from COVID-19
Next 64,000 acres of fallow land but enough food stock in storage 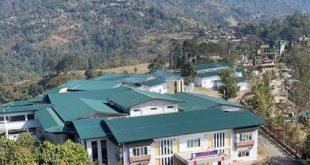 CT scan in Samtse and Dewathang hospitals in 2023

All agencies must work together towards population growth: Health Minister