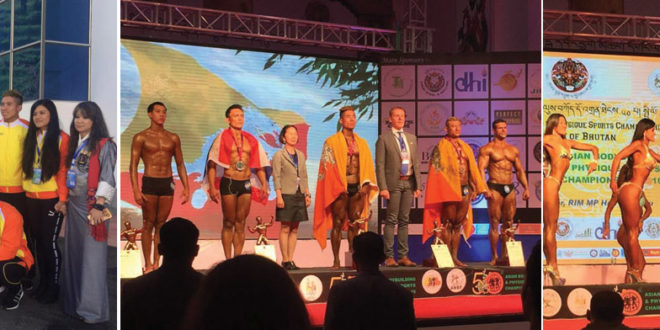 Bhutan bagged 3 gold, 1 silver and 7 bronze medals in the 50th Asian Bodybuilding and Physique Championships held from September 2-7 in Thimphu, Bhutan’s best performance so far in an international competition.

In the overall category Bhutan came fourth out of 11 countries beating much bigger countries like China, India and Malaysia to name a few.

None of the 7 women participants won a medal but Yeatoeh Lhamo Penjore made it to 4th place and Damcho Zam made it to the top 5 in the women’s model physique up to 165 cm catgory.

“I would like to let my supporters and friends know that between September 2014 and September 2016, I have won 2 Gold, 1 Silver and 2 bronze medals, I cannot ask for more,” Sangay Tsheltrim said after he retained his Gold. “I will be taking part in the upcoming world Championship on 29th November, 2016 at Pataya (Bangkok) and that will be my last competition.”

“As promised, I have raised my country’s flag and the national anthem brought tears of joy into my eyes and now it is time to prepare for the world championship,” said Thinley Dorji who won gold in men’s fitness over 165-centimetre category.

The General Secretary of Bhutan Body building and weightlifting Federation, Wangchuk, said, “It was great that athletes made our nation pride, it is all because of their hard work and dedication.”

The 50th Asian Bodybuilding and Physique Championship saw over 450 international athletes and officials from 28 Asian countries.

The federation is a member of both ABF and IFBB and AWF and the IWF.

The overall pass percentage of class XII increased by 5.80% while 44% of the class VIII students failed their common exam 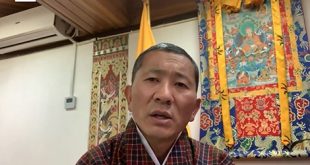 According to the Finance Minister, Namgay Tshering, the gross domestic product (GDP) for Bhutan is …