Aspiring politicians, politicians and interest groups claim that lobby groups are essential in the making of a democracy while they also equally asserted that it is ‘unnecessary’ and may add to the impetus of already ‘fragmenting societal bondages’ referring to past 2008 elections.

‘Lobbying for a cause is good but not necessary,’ that’s the general consensus among the many politicians and would-be parliamentarians.

Political analysts say that the lobby group Druk Meser Nazhoen Tshogpa (DMNT) has filled the ‘vacuum’ that has remained in the electoral process of the country as this youth organization declared its intention to lobby.

“Ideally, formation of lobby groups is good. Its formation has really ‘shaken’ many of the politicians and contesting political parties. They have raised many pertinent legal cases which the Election Commission of Bhutan (ECB) must answer now or it will lead to many other issues,” said a political analyst. He added that ‘any association can lobby as well, though not publicly like RSPN can lobby for environmental issues or NCWC can lobby for women and child issues’.

Another strong criticism that the recently formed lobby group DMNT received from political observers is against the group’s slogan ‘you help us, we help you’. Observers say this is direct ‘quid pro quo’ and ‘highly politicized’.

They also observed that ‘it is not targeting the youths, they are targeting the political parties’ and they were of the view that ECB must clear the fog as in past 2008 elections, even the intentions of parties were asked.

Asked if the parties will lean on this vote bank, most party think tanks said that “no parties will publicly agree but will try to use it for intentions beyond”.

It has been made clear that the formation of DMNT is a good step in the making of democracy and any other associations can lobby as well for their cause. The observers were also of the view that DMNT is fetching the highest vote bank of the country, the youths in the schools and college.

In 2008 there were ‘lobby forces’. The prominent ones were from southern region of the country that fought for ‘citizenship issues’ and one here in the south Thimphu, they were labeled ‘illegal’ by ECB.

“It has two sides, on one hand people’s socioeconomic power may corrupt the law in order to serve their own interest. On the other hand common people may form lobbies to defend against power and corruption, thereby protecting minority interests. So it all depends for what purpose people lobby and the intention and morality behind such lobbying.  Therefore, it has both good and bad implications for democracy,” said Opposition MP Damcho Dorji. He said that ‘Our law does not forbid any lobbying. But such lobbying should not infringe other provisions of our laws especially the Constitution, the Election Act and Local Government Act’.

A member of one of the newly registered parties said that pressure groups keep governments more responsive to the wishes of the community, especially in between elections.

However, he said in the case of Bhutan it is neither desirable nor necessary. “We are already faced with challenges of democracy and lobby groups could sometimes exert political influence that could be detrimental to the majority of society. Rather than forming lobby groups, people’s political participation by sharing their concerns, voices and joining as candidates and members are more important,” said the party member.

“There are ample opportunities for people’s participation in our political process and I am sure all the political parties including aspiring ones will be open for discussions if it is in the interest of greater societal good and national interest,” he added.

“We remain open for any suggestions from concerned citizens if it is in the interest of greater societal good and national interest. Be it lobby group or not, we will never consider a decision for the sake of vote alone especially if it is detrimental to the majority of the society and if it affects our national interest,” said the President of Druk Chirwang Tshogpa (DCT) Lily Wangchhuk.

She said “there will be legal issue sand implication as they will need to be a registered organization for any political activities”.

“However, for a young democracy like ours, the legitimate role of these probable influential organizations must be studied carefully,” he said.

“For instance, lobby groups that seemingly seek to contribute to the policy development, influence decision-makers, looking to raise issues and special interests, must at a minimum disclose who they represent, the objectives of their efforts, the input they provide and how they are funded. Equally important is to have rules that govern the conduct of the lobbyists and those being lobbied. It is also appropriate to mention probable interest groups must demonstrate transparency and accountability and be bound by common standards of good practice, ethical and moral conduct.”

He said when conducted in such a way, lobbying may enrich our parliamentary democracy by providing new and diverse channels through which different groups and the wider public might feed into the democratic system.

The choice would then be about whether these groups are invited away from the lobby into the mainstay of the legislative process or risk that they continue to use all means at their disposal to influence policy making.

“For BKP, we follow the policy of inclusiveness to avoid exclusions and to overcome socially divisive disparities. We view all issues as a concern in all sincerity and will endeavor not to leave any stone unturned toward the cause of nation building,” said the BKP Interim president.

Talking to this paper Dr Samdup Chettri, said they formed a group ‘before 2008 elections’ by July 2006 which had already tabled their agendas and began by September 2006 with slogans ‘informed choices’. They began informing the people about democracy, educating them. It is said that right after Druk Phuensum Tshogpa was formed; they sent their coordinators to the constituencies to educate people on democracy.

The group formed by these prominent Lhotshampas was called Bhutan People’s United Party (BPUP) that asked then incumbent ministers- Lyonchhen Jigmi Y. Thinley (then Home Minister) and Lyonpo Khandu Wangchuk (then Prime Minister) cut they all declined to join any parties.

After this, BPUP went on to ask the People’s Democratic Party (PDP) to make one front of their manifesto as ‘citizenship issues’ which PDP declined and later, they went to ask the DPT, offshoot of BPUP that agreed to make the proposals of this group as their top priority.

Excerpt from the book ‘Drukyul Decides’:

“They first approached the PDP and held discussion with them but were categorically told that such demands could not be accepted. Because of the lukewarm reception from the PDP, the group decided to stick by the BPUP. Later, when the five ministers were approached to lead the BPUP, the Lhotsham group approached Jigmi Y. Thinley who said he would attach top priority to the Lhotshampa issue and do his best to solve it once for all as this would foster greater sense of security and peace in the country. Following this, the group stayed with the DPT.” 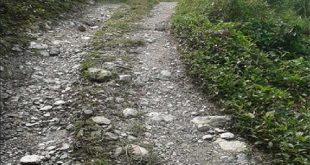 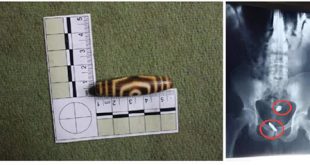