This is a part of a paper presented in 24th October 2014 at the Institute for Defence and Studies Analysis, a GoI think-tank in New Delhi that advises the Ministry of External Afairs and the Ministry of Defence.

When it comes to the media’s role in promoting regional harmony and cooperation, I am of the view that the onus lies mainly on the governments and people of the region. The media, while being a factor in regional harmony, primarily reflects and responds to what is already happening.

However, the media does have an important role in ensuring better regional understanding by primarily practicing good, ethical and objective journalism. The first place to start would be when the media of any country reports on issues about another country they should get their facts right, and the story should be objective and balanced getting both sides of the story.

In Bhutan’s case, coverage by the foreign media of some neighbouring countries on Bhutan have been totally off the mark on some issues.

Despite Bhutan successfully removing all ULFA, NDFB and KLO militant camps from Bhutan during the 2003 ‘Operation All Clear’ led personally by His Majesty the Fourth King Jigme Singye Wangchuck, there are some occasional reports in sections of the Indian media on the possible presence of camps. At the moment such reports are far from the truth and there are no such camps as evidenced by the testimony of local people and villagers travelling through the same area.

What is instead missed out is the real problem of militants camped in India that have been occasionally kidnapping Bhutanese people travelling along the border and taking them into Assam for ransom. Prior to 2003 when there were real camps, Bhutan never denied it and instead informed India of the steps it was taking in relation to dealing with the militants and eventually removed them effectively from Bhutan.

The local media in West Bengal has also been both inaccurate and unfair in regularly blaming downstream floods on a small run of the river hydroelectric project in Bhutan called Kurichu that like unlike reservoir dams does not store much water. Though the water release timings have never matched the flooding days downstream, Bhutan has been unfairly blamed on many occasions.

There is also a feeling in Bhutan that the Kathmandu press has been unfair to Bhutan on various issues.

So the media of all SAARC countries should do their research and homework and follow basic journalism ethical practices in reporting on cross border issues or issues that affect relations with other countries.

The respective government and agencies on their own part should ensure that they have set up mechanisms to provide accurate information to journalists of other countries.

At the professional level more interaction among journalists of the region would also be important in understanding each other. There are existing bodies like SAFMA but more forums can be developed.

Media and journalists of different countries can work together to tackle and report on common issues like climate change, trade, poaching, corruption, transport, energy and etc.

The South Asian media instead of settling for jingoism or fear mongering should research regional issues in a more in depth manner and report the facts. The media at the end of the day still has a major role in influencing public perceptions and should encourage conflict resolution, peace and understanding over conflict and mass hysteria.

The press can play an important role in promoting greater people to people understanding by knocking down the walls of prejudice and misunderstanding. Rather than flaming narrow prejudices the media should play a calming and responsible role.

The media should downplay or if possible vet content that is purposefully designed to or has high chances of creating disharmony between communities and countries.

The media in partnership with the respective governments could also have exchange programs and visits for journalists to promote greater understanding between countries.

The government also finds it useful to use the media as a tool to justify its foreign policy goals.

In the case of South Asia the media traditionally functions on a ‘citizen first and then second a journalist’ formula. The South Asian media is also too often accused of nationalistic jingoism which gets good TRP ratings and goes down well with the audience. However, off late there is some change with journalists and media houses increasingly demonstrating more maturity and understanding in covering foreign policy, defence and geo strategic issues. Journalists across borders have been trying to connect and understand each other better. For instance the Indian media in line with the political mood is trying to understand its neighborhood better. The detailed coverage during Prime Minister Narendra Modi’s first even foreign visit to Bhutan is a good example.

At the same time people often make the mistake that the media coverage on foreign policy is organized and planned. Like all other coverage the media has its own dynamics which cannot really be controlled in a particular way. The media feeds of the politics, national mood and popular perception only to reflect it back. We seen the differing coverage on the same issue by countries.

In the case of Bhutan, like elsewhere, the domestic media’s coverage on foreign policy, is driven by the nations own politics, interests and popular perception.

Bhutan as a small country surrounded by giants has historically been very serious about its sovereignty. The media coverage in Bhutan on issues of national interest like foreign policy and defence is very restrained and driven primarily by the practical foreign policy practiced by Bhutan.

Bhutan may be the only South Asian country where there is no anti-India politics and anti-India media in the mainstream. As a small country it is convenient and tempting for political players to blame a bigger neighbor for domestic woes and also substitute populist nationalism for practical and matured politics. Bhutan’s politics and media have not fallen into this trap due to the practical nature of its leadership embodied in our Kings and also the practical nature of Bhutanese people.

Bhutan from this position of confidence and understanding has been able to cultivate and benefit from its relationship with India over the decades. A small example would be in hydropower. Much before Bhutan was even in the picture a combination of mistrust and misunderstanding fueled by anti-India politics and anti-India media in Nepal closed

the curtains on hydropower development. As a result Nepal today barely has around 680 MW. Under the leadership of a wise and practical Monarchy Bhutan took the opportunity to develop hydropower with India and as a result we have around 1400 MW of power and are in the process of constructing another 10,000 MW with around 3000 MW already under active construction.

The Bhutanese politics and media have not yet gone the way of its neighbors and elections and issues are primarily domestic in nature. The media at the same time has been highlighting issues of national interest in a rational and matured manner.

In a never before seen trend, an increasingly mature media has also started advising the government on foreign policy matters through editorials, articles and opinion pieces.

The media has also started writing more deeply and extensively on the various facets and implications of our relations with our neighbors and the wider world. There is more discussion and awareness on geo-strategic issues. These are exciting times in the Bhutanese media.

In comparison to our neighbors the Bhutanese media is not jingoistic but it is definitely sensitive and responsive to Bhutan’s core national interests. The perception is that being a small country all Bhutanese including the media cannot take our sovereignty for granted. This however is not jingoism nor a siege mentality but a very practical, determined and disciplined nationalism originally created by the Monarchy that has served Bhutan well for decades. 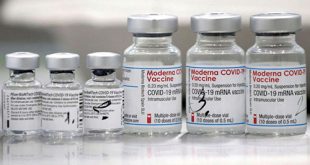 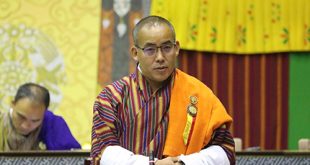 Class XII students with supplement classes not eligible for scholarships 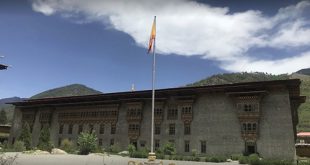 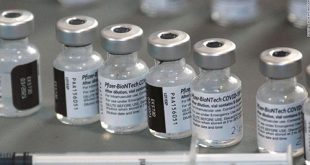 58,531 children under 5 years to be vaccinated if vaccine gets approval