They have to chauffeur their bosses around during office hours and the rest of the time including weekends they spent their time doing odd chores as per the demands and dictates of their bosses’ wives, often receiving berating for making a slight mistake.

They are even made to do farm work in private orchards during off-hours.

Such is the fate of three drivers of top ministers and parliamentarians who spoke to The Bhutanese on the ground that their identity would not be revealed.

“We hardly get to relax on weekends though it is an officially declared holiday for all the civil servants,” said a driver from the National Assembly.

One of the drivers complained  that two of them have to come “for duty” alternately during weekends.

According to the Royal Civil Service Commission (RCSC), the job description  of a  driver under the job code 09-460-33 is simply to drive or operate the vehicle in an efficient manner, keep the vehicle clean and tidy at all times, transport either passenger or goods safely to their destination, carry out minor repairs and maintenance of vehicle and other vehicle related works.

“There are certain rules and regulations for civil servants; and everyone knows that this rule defines only official work,” said RCSC commissioner Bachu Phub Dorji.

Each minister gets an allowance for cooks and housekeepers from the cabinet but 70% of them make their drivers do all their household chores but they are not paid for the extra work they do.

“We don’t mind serving under their supervision since they are ministers of the nation and we can’t be rebellious; indeed we are helpless,” said one of the ministers’ driver.

As per the Civil Service Act, section 45 ,“refuse a task which is in contradiction with laws and regulation.”

Another clause asks to “make appeals or file complaints to the superior or the commission, as the case may be, concerning one’s supervision, other employees, and conditions in the work phase or the civil service in general.”

According to a senior RCSC official, doing work under official capacity is the responsibility of all the civil servants. It is not permissible to serve on unofficial works.

“Senior officials should also follow the code of conduct; misuse of government resources is not acceptable,” he said.

Labor Minister Lyonpo Dorji Wangdi said that “normally eight hours is the allocated working period for every employee,”  and “beyond that the particular organization should commensurate compensation in the form of allowances.” “Some companies have different working hours but get certain allowances as per the pay,” he added.

There are some ministers substituting their drivers as caddies while playing in golf in weekends, government holiday and even after office hours.

A few weeks before, two drivers from the National Assembly were sent to prune apple trees at Khariphu under Thimphu dzongkhag; using government vehicles   after office hours.

Despite using government vehicle for private works; ministers allowed  the drivers travelling allowance and day allowance  of Nu 150 per day from the National Assembly  office.

Apart from that some of them were sent to work in ministers’ farms especially in Thimphu, Paro and Punakha.

These despondent drivers told The Bhutanese that they get blisters working in their farm and orchards. “I get more frustrated when they order us to do two to three chores at a time,” said a driver.

They said that too much involvement in household chores delays in registering them in office for attendance. Their colleagues   noticed this and questioned them about it.

They said they don’t have the courage to refuse to carry out their supervisors’ orders as they fear to lose their jobs or invite fury upon themselves.

The Bhutanese talked to the Opposition Leader Tshering Tobgay’s driver, too who said he was never made to do works apart from official ones.

Similarly, drivers from the labor ministry, works and human settlement ministry and education ministry said they were happy with their jobs.

The Bhutanese has voice recordings of the said drivers’ complaints.

Share
Previous Precursor chemicals, a warning of times to come
Next Out of 40 pass-outs, only seven electrical engineers absorbed in job market 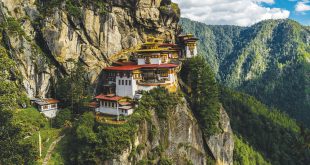 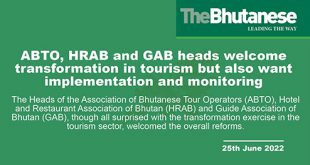