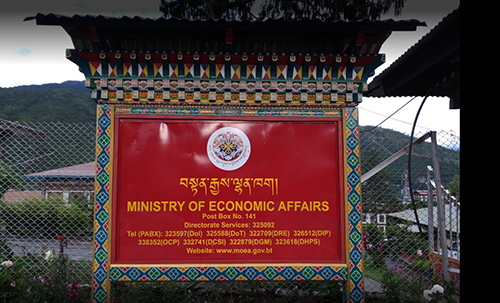 Desperate times call for desperate measures and the two main economic and financial wings of the government in the form of the Ministry of Economic Affairs (MoEA) and Ministry of Finance (MoF) are recommending bold economic reforms to stimulate the economy, hit badly by COVID-19.

One important recommendation by the MoEA as part of its report says that there is a need to review the ‘Regulations Relating to the Possession of Assets and Properties outside Bhutan by Bhutanese Citizens, of July 1993.

The MoEA recommends to allow automatic overseas investment by Bhutanese.

MoEA Minister Lyonpo Loknath Sharma said, “Our economy is too small and the idea is that Bhutanese investors should be able to invest outside as the income will come to Bhutan.”

He said that the only reason for the regulation was to prevent money from going out but for how long can Bhutan have such a regulation.

Lyonpo said like Bhutan is looking for investors to come to Bhutan there could be Bhutanese companies who would like to set up FDI ventures outside or open businesses there. He said that discussions are going on with stakeholders like the RMA.

The July 1993 regulations taken out by the then Finance Ministry imposes several restrictions on both Bhutanese companies and even ordinary Bhutanese on making investments outside or owning assets there.

It restricts the opening of foreign bank accounts, investment in foreign securities and stock markets, investment in immovable properties, establishment of business subsidiaries and joint ventures abroad and even opening of commercial offices abroad.

For all of the above explicit permission has to be sought from the Finance Ministry.

The only exception for opening bank accounts abroad is for those Bhutanese going abroad for studies and work and that too they can operate those accounts only during their stay abroad.

The regulation says that contravention of the above shall be punishable with an imprisonment of up to two years or a fine equal to the value of the amount involved in the transaction.

While at the first look the rules make sense to keep money in the country, the country and its citizens lose out in the long run.

This rule makes it certain that a talented Bhutanese investor or even an ordinary Bhutanese can never invest in companies like Apple or Facebook who have seen their values increase several times over.

It ensures that Bhutanese companies are discouraged to expand beyond its borders and take advantage of large markets outside.

The Ministry of Finance as part of its economic recovery plan says that by 2021-22 30 percent of State Owned Enterprises (SOEs) shares should be divested to the public.

The MoEA Minister Lyonpo Loknath Sharma said that not only MoF but even the MoEA supported divesting Ministry of Finance SOEs.

Lyonpo said that the suggestion is divesting shares of SOEs that are not very critical or strategic and who would benefit from improved efficiency due to private investment or public private partnership. Lyonpo gave the example of the Food Corporation of Bhutan.

Lyonpo said that this would also help in the development of the capital market where the public can invest in these companies.

In an earlier interview to the paper the Finance Minister Lyonpo Namgay Tshering said that the mandates of the SOEs under MoF will also be reviewed to see how best they can involve and engage the private sector in various joint projects which the private sector can take over eventually too. He said the SOEs would also welcome private investment.

However, it is not clear how many people would be interested in investing if the government only divests shares in loss making companies or does not give up control.

The MoEA as part of its recommendations has called for developing an International Offshore Financial Center in Bhutan on the lines of Singapore, Switzerland and Austria.

The countries mentioned above have a very friendly environment for international financial banks and companies and a result a large number of financial companies set up their offices there and generate huge amounts of revenue there.

Financial services are a huge part of the economies of developed countries and generate not only revenue but also well paying jobs.

The 2010 EDP policy pledged to develop Bhutan as a financial hub but it was never taken up.

The idea is to get in legal foreign funds after doing due diligence and this would bring in liquidity in the country and also bring in global capital.

The policy also recommends to allow the opening of non-resident bank accounts.

One of the reasons why the rupee crisis of 2012 got worse was when the RMA at the time mandated the closing of all Indian business accounts in Phuentsholing and gave them INR.

A well regulated system of non-resident bank accounts would not only bring in deposits into Bhutan’s financial system which could then be used by Bhutanese as loans, but it would also encourage investments.

Even with Indians in Jaigaon not being allowed to open accounts in Bhutan, Bhutan has to release billions in INR in Phuentsholing to replace all the Ngultrums floating across the border.

The MoEA also recommends developing Bhutan as an offshore registration center for aircrafts. This would allow foreign airlines to be registered from Bhutan and bring in revenue.

Aircrafts have to be registered in a country and there are some countries who compete to give lower registration rates but make millions of dollars in the process with follow up revenue in other registration linked services.

A small European Country called San Marino does this and just one of the companies doing this made USD 27 mn in annual revenue with just 32 employees.

Lyonpo Loknath Sharma said that on the proposal of having an international offshore financial center in Bhutan it is not a new idea and has been brought up before.

Lyonpo said that the challenge is the need for a robust system including cyber security as currently one comes across cases of people getting hacked and their money getting transferred.

Lyonpo said that the issue of regulations also come into play and so the RMA would be the agency to look at safety and regulatory issues.

Share
Previous MoEA recommends slashing Customs Duty, establishing internal road networks and wholesale dealerships in Bhutan to encourage trade
Next His Majesty The King and His Majesty The Fourth Druk graced the Pur-Threl (scattering of holy ashes) of His Holiness the late Je Thrizur into Mochhu in Punakha 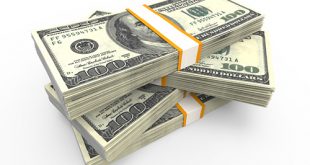 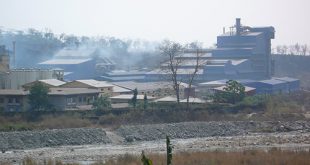 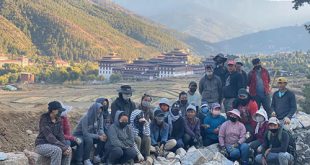 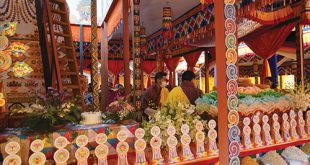 The Purjang of His Holiness the late 68th Je Khenpo, Jetsun Tenzin Dhoendup, was held …