The Royal Centre for Disease Control (RCDC) will be making genome sequencing a monthly routine activity to detect any new Coronavirus variants in the country. RCDC conducted genome sequencing in the beginning of the last outbreak of Omicron and sub- variant BA.2 was identified.

The Ministry of Health (MoH) is consistently monitoring the emergence of new variants through various sources of information. Any variant of concern being reported by international health agencies, like WHO and CDC will alert the MOH and all the COVID-19 teams including the TAG, Surveillance and Task Force will be activated.

The danger with variants is that it can overcome herd immunity gained through another variant. This is the main reason too why they government has not done away with quarantine yet.

The WHO Director General stated that as many countries reduce testing, WHO is receiving less and less information about transmission and sequencing, and making it increasingly blind to patterns of transmission and evolution.

WHO continues to call on all countries to maintain surveillance.

As per the international health experts, they believed that there are eight variants of Omicron and amongst them, one is dominating which can be held responsible for the surge in cases.

The experts say very little is known about BA.2.12.1 but it appears to be highly transmissible, and more infectious than the original Omicron variant.

Between April 16 and 23, 2022, the percentage of COVID-19 cases caused by the sub variant increased from 19.6 percent to 28.7 percent in the U.S and has now become the dominant strain in the US.

As per experts, the new BA.2.12.1 sub variant may have similar clinical symptoms which would mean flu-like symptoms. Early data also suggests BA.2.12.1 has increased ability to infect the lower respiratory tract (lungs) compared to BA.1 Omicron, which could be one factor in its overall risk of severe disease.

Another Omicron variant is XE, a combination of both sub-variants (BA.1 and BA.2) of Omicron. International health experts believe it will not cause severe infection. The variant was first detected in the UK around the beginning of this year.

Meanwhile, the Technical Advisory Group (TAG) said the TAG and Task Force Teams across the country have learnt enough lessons from the series of COVID-19 lockdowns in the country. Restrictions, hereafter, may be implemented upon careful risk assessment based on the nature of mutations or the degree of fatality and recommendations of the WHO and National experts.

Scientists in WHO and other international health agencies are closely monitoring the emergence of new variants. The latest variant believed to be the recombinant of BA.1 and BA.2 has been reported to be mild. 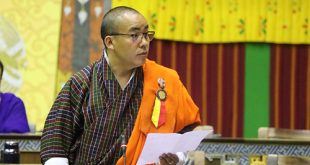 Lack of ECCD facilitators and medical units in remote places 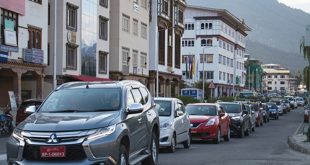 Minimum wage rate proposed at Nu 460 per day along with PF to MoF: Labour Minister

Member of the Parliament (MP) from Maenbi-Tsaenkhar constituency, Choki Gyeltshen, during question and hour session …