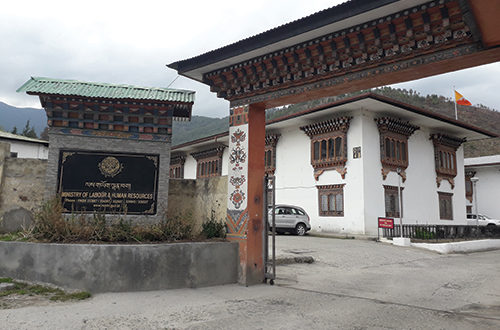 No action against DG for violating diplomatic protocol

The Director General (DG) of the Department of Employment and Human Resources, Sherab Tenzin, had written directly to Bhutan’s Honorary Consul in Japan on 26 July, without informing the Cabinet or the Ministry of Foreign Affairs (MFA).

The DG’s letter to Honorary Consul Dr Ryoichi Nagata had come in as a surprise to the Prime Minister’s Office and Cabinet and also the MFA.

The MFA had written to the Ministry of Labour and Human Resources (MoLHR) seeking an explanation for the DG’s actions.

It now appears that all is forgiven and forgotten as the MFA has said that there will be no action against the DG.

The Foreign Minister, Lyonpo Tandi Dorji, said that they have received the explanation letter and MoLHR, in the letter, said that Sonam Tamang’s family left for Japan on Friday, 26 July and the next two days were weekend holidays, and so, they did not have enough time. That is the reason they had to do it fast, which is why they were not able to inform MFA or the Cabinet.

Lyonpo said though it is still not a good enough reason, but they have accepted their explanation letter sent to MFA. In future, such case will not be accepted, Lyonpo added.

The DG had written to an Honorary Consul in Japan on behalf of the government appointing the suspended BEO and SND agents to look after Sonam Tamang’s mother and brother. The letter praised the agents who were arrested a few days later and the agents controversially used the letter to deny the local media access to Dhan Maya and her son.

The agent also used the illegal letter to deny Dhan Maya access to other Bhutanese students and a Japanese social worker who wanted to help them.

The letter made assurances on behalf of the government without government approval.

MFA on 31 July wrote to MoLHR stating that the letter to the Honorary Consul by the DG is not in keeping with the norms of MFA. The Labour Minister, Ugyen Dorji, was on medical leave when the DG had sent the letter.

The DG has been charged by the Anti-Corruption Commission (ACC) for facilitating BEO to get an illegal license, shielding BEO from complaints, threatening students who complained against BEO, favoring BEO and changing rules to financially benefit BEO and ensure 444 students didn’t get a visa fee refund due to them.

In a separate case the DG and the former Labour Minister are charged by ACC for financially benefiting from an Indian agent.

ACC had recommended both administrative action and his suspension to not affect the case.

The government had controversially given him a virtual clean chit early on when it had declared him to be a “hardworking” man and somebody with lots of experience who had tried his best.

MoLHR was also reluctant to forward the DG’s case to RCSC, and it asked the ACC for a second time, after which ACC wrote a second letter insisting for the report to be sent to RCSC. One main fear of ACC was that the continuation of the DG in office could lead to the tampering of the case and evidences.

The report was perfunctorily sent by the ministry to RCSC on ACC’s insistence but without any strong recommendation.

RCSC, decided to neither suspend the DG nor take any of the many administrative actions as recommended by ACC against the DG.

The government’s latest decision will come as yet another sign of support for an embattled DG.

The former government had handed over three government secretaries to RCSC for writing a diplomatic letter to India without approval from the PMO and the MFA. 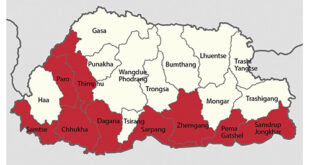 MoH running 10,000 plus COVID-19 tests along Southern border, Thimphu and Paro to check for Community Transmission 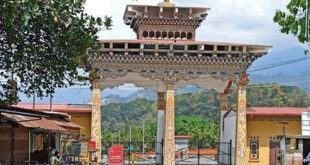