According to Thromde, forget segregation of waste, people do not even bother to throw their garbage inside the bins, littering the place. Therefore, Thromde had had to hire a 61-year-old man, Nangsela, to man the waste bins.

“We cannot afford to keep the highway clean, so we had to deploy him to keep everything in place. The poor old man is there mainly to clean and segregate the waste.”

He said the sensitization programs on waste segregation and disposal have not had much impact on the residents. He pointed out that people dump their waste outside the bins even when the bins are half-empty and they expect other people to segregate their waste.

“Most of the garbage is coming from Kabesa because it comes under Thimphu dzongkhag, whereby they do not have garbage collection services,” Executive Secretary of Thimphu Thromde said. However, he said there are also people coming from the Centenary Farmers’ Market that dump vegetable waste into the Taba waste collection bins.

Nangsela has been on the job for the last six months. He starts working from 8 AM to 4 PM .

He said, “It is a challenging job because when I ask people not to dump the waste outside the bin they get aggressive. Some even tried to push and chase me.”

He spends most of the working hours in just picking up the waste thrown on the ground near the bins. He then segregates the waste into the bins. After which he calls the city office to have the garbage truck collect the waste bins which is emptied in Memelhakha.

“I come early in the morning and start my work. I start with segregating the waste but it never finishes, and sometime it takes me more than a day to segregate a day’s worth of waste,” Nangsela said.

According to Thimphu Thromde, a trip to Memelhakha is made daily, but sometime two to three trips are required. Each trip is 31 km and more trips are added during the weekend if need be.

Nangsela also said that people even throw broken glasses which is dangerous and might lead to accidents. He said, “I tried to inform people on this, but they are not complying and not following the Thromde guidelines.”

Thromde now has plans to assign the waste management of North Thimphu to a private company, and therefore, Nangsela will no longer be required to work in the waste bin site.

Thromde imposes penalties on illegal waste disposal and littering as per the Waste Management Act.

Littering within premises carries a fine of Nu 500 per incident.  A person will have to part with Nu 100 if caught spitting out doma in public places. If a person dumps construction waste illegally then the person will be liable for a fine of Nu 5000, and there is a Nu 20,000 fine if a person is caught releasing toxic waste. 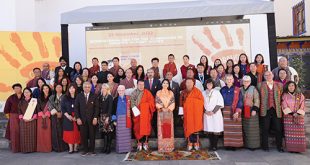 Celebration of International Day of Elimination of violence against women 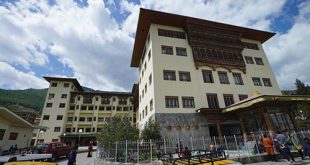 Shortage of anesthesiologists and nurse anesthetists in the country

With the expansion of hospital infrastructure in Jigme Dorji Wangchuck National Referral Hospital (JDWNRH), the …