The president said a complain letter have been filed with the election commission (ECB) requesting the commission to urgently ask DPT to prove all the allegations made.

He said “if DPT is unable to prove the allegations it exposes them as liars, as cheap politicians willing to go to any end to hold on to power. This is not acceptable in Bhutan. This is not correct for our healthy vibrant democracy that we want.”

“DPT is undertaking an all out negative campaign against PDP. Instead of talking about their own pledges and manifestos, DPT is criticizing our pledges and manifesto both formally and informally with the sole purpose of defaming PDP, by misinforming and misguiding the general public to garner votes,” the president said.

He also referred to a recent allegation made by the DPT president at a public meeting in Tsirang a few days ago that PDP is bribing the media. “This is totally baseless and untrue. It defames PDP and it defames the media,” Tshering Tobgay said.

“On the evening of 24th June 2013, at a press conference on national television, the DPT president went to the extent of alleging that The Bhutanese newspaper and Bhutanomics, a social media website are organs of PDP, formed to discredit DPT. We have no connection, whatsoever, with the social media site or the newspaper. DPT is making these baseless allegations to discredit PDP and to confuse the public,” the complain letter read.

Tshering Tobgay said such negative campaigns, lies, defamation and irresponsible statements from the DPT leadership and candidates are of serious concern not only for PDP but for the whole nation. “We are also concerned that such practices are setting a bad trend and are undermining the nation’s efforts to establish a clean, just and fair election system in our young democracy,” he added.

Tshering Tobgay said the damage inflicted by such allegations on PDP is secondary as it has huge adverse impact on the democratic process.

He said DPT had the opportunity to serve under a democratic system and have had enough experience. “Their president has served in the capacity of a minister and many high posts for many years. We are sad by such a display of character by someone like him.”

The president also refuted allegations made by DPT’s Bongo- Chapcha candidate Ugyen Tshering at a live BBS debate that the PDP president’s brother owns The Bhutanese newspaper. “This is a blatant lie and we invite DPT to justify every allegation made,” Tshering Tobgay said.

“If DPT fails to prove all the allegations, we will have no option but to file a case of defamation in the Royal court of justice,” the PDP president said. 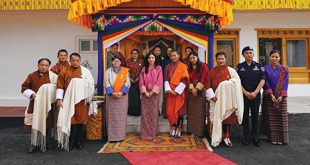 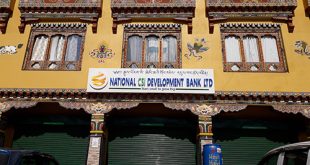