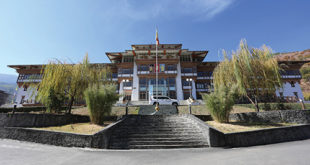 Risk assessment is carried out before allocating roommates in quarantine facilities: MoH

Phuentsholing town will soon have a satellite clinic, which will run more or less like a hospital.

The satellite clinic is expected to ease the congestion in Phuenstholing general hospital as a huge number of people come in for check up and other medical needs.

“Also we wanted to make sure that the clinic is located within the core area so that people can be benefited. We have a multi level parking near the identified area,” he said.

The clinic will carry out all the basic check-up. It will provide all the services except patient admission or to conduct any surgeries. “If a patient needs to be admitted or needed any further major check-ups, then only they will be referred to general hospital,” the Thrompon said.

In addition, he said that this initiative would bring down the pressure on general hospital and the quality of medical services may improve compared to the past when the medical staff had deal with all kinds of ailments. The specialized staff will be able to perform with better focus.

Moreover, he said, “People need not have to travel till general hospital, taking taxis or private car to get a medicine for simple headache, and this could contribute in decongestions of traffic around. Poor people can save money as well.”

Meanwhile, he said that the Thromde will only allocate the land while the rest should be routed through MoH. “I am not sure of how much budget has been allocated to the ministry, but I am sure that there will be enough budget as it is ADB funding project,” he said.

In the past, during the tenure of the previous government, there were proposals made for two satellite clinics in Phuentsholing, however, going by area wise they felt one should serve all the purposes.

In addition, he said that they are targeting to come up with a BHU in Pasakha and they have already written to ministry for the same.

“Pasakha definitely required a hospital, given frequent road block in summer due to heavy rainfall. When something serious happens, people suffer. So, we wanted to make this a success with all basic services,” he added.

He added that MoH is already committed and Thromde has submitted the site plan of Pasakha.

Thromde has asked the occupancy at the identified area to vacate the area and as soon as the area is vacated, the land will be than handed over to MoH for the construction. As of now, there are two private diagnostic centers in Phuentsholing.