Premature birth as biggest cause of newborn deaths 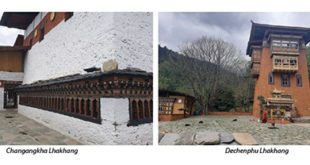 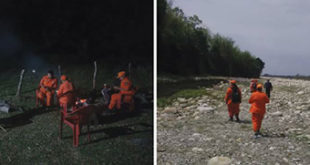 Desuups on 24/7 duty along the border

Security measures to be tightened along the border: FM

The main cause of neonatal death in the country is prematurity birth. Ministry of Health (MoH) found the conditions associated with prematurity are birth asphyxia, sepsis, congenital malformation, aspiration and other conditions.

Every year, MoH comes out with the annual maternal and newborn death report, and it found that more than 50 percent of under five deaths in the country was due to newborn deaths.

To improve the quality of care for mothers and newborns in country, MoH has worked on Point of Care Quality Improvement (POCQI). Senior Program Officer, Reproductive, Maternal and Neonatal Health Program (RMNHP), MoH, Pema Lethro, said the ministry scaled up and spread the implementation of projects around point of care quality improvement in 2017.

The focus of the ministry in the 12th Five Year Plan (FYP), especially on care of maternal and child health in the country, is to reduce reproductive maternal complication and neonatal deaths.

The aim is also to improve the contraception coverage from 65 percent to 70 percent by 2023, Pema Lethro added.

There are quite a number of health professionals who are trained on POCQI to scale up the innovation. With the POCQI, there is an increase of skin-to-skin contact for 90 minutes in all normal deliveries of live newborn in labor room from 26.1 percent in December 2018 to 70 percent in October 2019 as reported by Punakha hospital team.

The percentage of discharges before 11 am increased from 38 percent in NICU and 20 percent in neonatal ward, to more than 80 percent in both units and several other processes of care delivery has also improved as reported by NICU, JDWNRH team. Increase of early initiation of breastfeeding went from 32.1 percent to 86 percent.

The Pediatrician of JDWNRH, Dr Tulsi, said most of the neonatal deaths are preventable if the right intervention can be made. Scaling up of neonatal intensive care services, especially in the developing countries, shows improved survival rates.

Improvement in the quality of care at the time of delivery and after delivery is crucial and important.

Adequately trained professionals and facilities can improve the quality of care and survival of neonates and survival without disabilities, said Dr Tulsi.

At present Bhutan has neonatal mortality rate of 25 per 1,000 live birth and which is significantly contributed by premature death.

Previous Bhutan part of the the second fastest growing criminal industry around the globe: Human Trafficking
Next Call hotline number 1414 for patient grievances from missing doctor to poor medical services