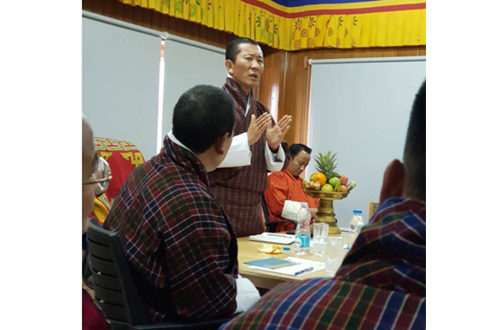 The Ministry of Finance (MoF) announced a Goods and Services Tax (GST) of flat 7 percent that will replace all indirect taxes like sales tax, which has 11 different rates in the Parliament.

After the introduction of GST Bill in the Parliament, a consultation meeting was held on 17th January which was attended by the Prime Minister, Finance Minister, Speaker of the National Assembly, and Members of Parliament from the Legislative Committee, officials from the Ministry of Finance, officials from the Bhutan Chamber of Commerce and Industry (BCCI) and the private sector.

The meeting was informed on how the GST system works in Bhutan, and the proposed GST design, impact of tax rates and benefits of GST.

Although the private sector agreed on the many benefits of having GST, however, they also raised various concerns. The private sector representatives said that though GST will ensure economic progress, promote social justice and general welfare and fairness in the levy and collection of taxes and duties, but they are concerned that it might also impact the local economy.

Chief Executive Officer of Bhutan Net Home, Khampa, runs the multi service operator based in the IT Park. He said that the GST Bill is going to streamline the many taxes in the economy which is needed because as practical experiences go, there are different entities in the economy that pay different kinds of taxes. “Sometimes, as a new entrepreneur, you are not sure what kind of taxes you are liable to pay? In that case GST is going to solve lots of such problem because now GST will be one tax for all,” Khampa said.

He said the MoF presentation made in the meeting was informative. “ We were told that in the proposed Bill, 7 percent will be imposed which is quite good because I come from an industry where consumption tax is very high compared to taxed levied in other services. Our industry is the TV cable industry, and in the industry the current tax which was previously dubbed as entertainment tax used to be 30 percent, but now under GST with 7 percent it has drastically and significantly gone down which is going to benefit our customers. People who are watching TV will not be paying what they are paying now, and GST in that way seems to be benefitting our industry a lot.”

CEO of Yarkay Group, Ugyen Penjore, said that though the overall concept of GST is good because at all levels whether it is a service or manufacturing, the income is tracked and the taxes will be paid promptly. “The only challenge that I see is this in the implementation because if there are glitches in the implementation or day to day operation, that could lead to the inconveniences or delays to those that are registered under GST.”

He said the other concern is whether the manufacturing industry in Bhutan is capable of catering to the local market. “If somebody imports TMT bars from India, they have to pay BST 10 percent but if he buys from local manufacturers there is no BST,” he said.

He pointed out that with the flat GST, if an Indian manufactured TMT bus is imported then the importer has to pay 7 percent, and even if he purchases a Bhutanese product he has to pay 7 percent. With a level playing field, it now depends on the price. He added that a person will most probably buy the cheaper bus even if means it is imported, and that is a concern.

However, the Prime Minister said that that they are looking into such matters. “My concern is we should not let our manufacturing industry suffer, and not to let our country be flooded with products from the border. The government was talking about producing goods in Bhutan, especially construction materials, like blocks and bricks among other things, and not import so much from India. When you have same tax applicable for Indian product and local products, it all comes down to the price. If I find the product in India cheaper I will be paying the same GST as I buy from Bhutan,” he said.

Another person from the private sector shared the same concern and said that this will hurt the economy. Sonam Tshering said, “I feel that it is a good initiative by the government, but I think that lots of expenditure should be invested from the government.”

Tshering Yonten from the Construction Association of Bhutan said that there are different types of taxes applied in the private sector and a flat GST is welcome. He said, “I feel that with GST, there will be a same tax across the board, and I feel it is a good initiative. “

A hotelier, Sonam Dorji, said that GST maybe timely, but the business community needs to understand it thoroughly so that all parties involved take up the shared responsibility. The ultimate consumers (general public) should not be the loser while business and government reap the benefits. If not carried in a thoughtful process, the divide between the haves and have not’s may become even wider because low and middle income people have to spend more for the regular commodities, he added.

He said, “On the other hand, tourists out of pocket spending is more from the regional tourists, now as the SDF will be soon implemented, there will be lesser buyer of local produce and imported goods which regional tourist used to buy. SDF will directly have impact on the local business catering to regional tourists directly or indirectly.”

Another representative from the private sector, Thinley Namgay, said that considering the general idea, the current GST proposal stands to benefit the businesses overall by reducing costs of logistics for both finished goods and raw materials, which is one of the major direct costs for multiple industries today. Certain organizations will gain more as the GST rate will be lower than the current tax rates applicable. “Most importantly for the interest of revenue generation of the government, I personally feel private sector need to support GST system,” he said. 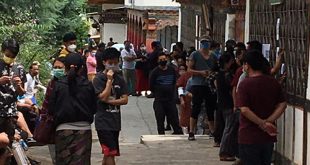 Thimphu residents go back to crowding after relaxation of the lockdown 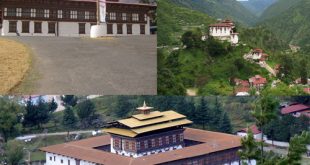 Lockdown lessons from the border Dzongkhags of Trashiyangtse, Lhuentse and Haa

From Monday, Jigme Dorji Wangchuck National Referral Hospital (JDWNRH) will return back to its new …