Private sector nervous with no response from government

Business community across the country are impatient and gripped by serious worries as more than three months has passed since the private sector submitted various issues to the government during a meeting with the government in May this year.

The six main issues forwarded to the government then were with regard to commercialization of farming, improvement of the tourism industry, hoteliers’ access to finance and professionals, external commercial borrowings (ECB), lifting of ban on certain import items and concerns of labor shortage among others.

However, the government till date has responded to only one out of the six vital issues proposed for solutions.

The government, which was represented by the Prime Minister Lyonchhen Jigmi Y Thinley, four cabinet ministers and senior government officials, said during the meeting in May that, while import of vehicles, furniture and alcohol would continue to be restricted, the import of juice, energy drinks, chips, wafers, waffles, snacks and cakes from third countries would be allowed.

High-end hotels were also allowed to import international brands of beverages, which they use as a raw material.

While some business houses are on the verge of collapse due to the Indian Rupee (INR) shortfall and credit crisis which surfaced earlier this year, very little has been done by the government to address the issues, businessmen said.

The automobile industry suffers a huge setback without a single import since March this year and it still sustains on the spare parts and repair services.

In the meantime overhead costs of majority of the business houses are not in line with the business proceeds. “We are currently running at loss but we still need to make payments to our staffs and other current expenses,” a businessman in the capital said.

The business community during a recent meeting with financial institutions earlier this week raised concerns about the solutions to their problems. However, Bhutan Chamber of Commerce and Industry (BCCI) president Tobgyal Dorji said the proposal will be submitted only by mid-October given the variety and volume of issues to be compiled.

This, a businessman in the capital said will be too late for many traders as they have already waited long enough.

“In the last seven months, there has been zero growth so if the private sector and banks are on the same page, there is a need to come together and tell the government,” Chairman of Singye Group and also the President of CAB Ugen Tsechup Dorji said Monday during a private sector meeting.

During the same meeting, bankers and CEOs of different corporations said it was important that the current economic situation will worsen if not addressed soon by the government.

Druk Holding and Investments (DHI) chief executive officer Karma Yonten said the meeting was called at the right time and if the appropriate measures are not taken then situation may get worse. It is also very important that both Financial Institution and private sector should work closely so that they can float together otherwise will sink together.

He informed that it is difficult to quantify the credit requirement in the economy. Therefore, he suggested that if each sector association could determine the amount required to be injected to the private sector and accordingly, this amount should be arranged by the Royal Government from other external sources. Lastly, he stated that systematic approach is required to solve this liquidity issue.

The BCCI president during the same meeting said “we have called for a meeting with the prime minister three and half months ago when we discussed six major points. There is only one issue which is cleared.”

“There are so many unresolved issues which have been reiterated in today’s discussion and the government must give us a feedback,” he added.

“If the government doesn’t react, we as citizens of the country must act accordingly to sustain our economy,” the president assured the business community.

BCCI secretary general Phub Tshering said the chamber hopes to have all the issues resolved with the government through the leadership of its president. 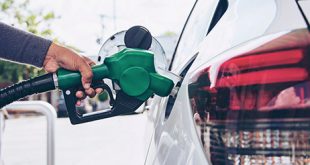 Bhutan may request India to remove bulk pricing of fuel 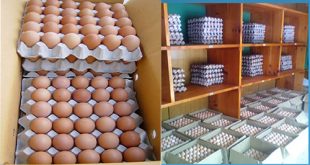