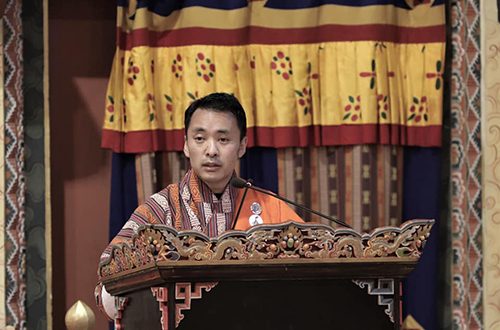 The Minister for Home and Cultural Affairs, Ugyen Dorji, introduced the Royal Bhutan Police (Amendment) Bill 2021 in the National Council (NC) on Friday. The Bill was discussed in the National Assembly (NA) during the last session

The Social and Cultural Committee (SCC) of NA has proposed around 30 sections for amendment, whereby, the House has rejected a few of the committee’s recommendations.

With the recommendation from the National Review Taskforce to harmonize section 71 and section 111 of the Act, they have proposed for an amendment. The Royal Bhutan Police (RBP) Act was enacted in the 2009, and few unforeseen practical challenges have come across in the process of implementation.

Lack of dynamic organizational structure,irrelevancy of equating position to rank,inconsistency and archaic provision, lack of legitimacy of the programs for convicts being implemented by the RBP and irrational and misused provisionsare some of the reasons to propose for the amendment.

Lyonpo Ugyen Dorji said that they have repealed section 71 from the Amendment Bill, which states the RBP shall have the power to prosecute any person for any criminal offence other than misdemeanor and above.

Likewise, he said, “We have amended section 111 of the Act, whereby the actual section says no police person shall decide or compromise any case. The section comes in conflict with the provision 22 of the Domestic Violence Prevention Act of Bhutan.”

The two provisions were harmonized and amended without prejudice to section 22 of the Domestic Violence Prevention Act of Bhutan, no police person shall decide or compromise any case, he further added.

Lyonpo said, “These are the three major provisions. The sections 71 and 111 were recommended by National Law Review Taskforce from which the initiative to amend the RBP act started. In the process,we have review it thoroughly and that is when we came with an idea of incorporating the new section 16 (a) to align the benefits with RBA and RBG.”

A new section 16 (a) has been addedto the Bill because of which 26 other sections have been repealed.

The new section of the Bill is to give equal rights to RBP as it is done for the Royal Bhutan Army (RBA) and Royal Body Guard (RBG). The new section states, as an important part of nation’s security forces, the institution shall be treated like RBA and RBG on rank structure, appointment, promotion and removal, positions and tenure and salary, allowances, benefits and other emoluments.

However, with the new section, the misconception is that RBP is now under RBA or if RBP is being delinked from the Home Ministry, Lyonpo said that the reform is to motivate and incentivize the police personnel.

There are concerns among the Non-Commissioned Officers (NCOs) that if everything is alignedwith that of RBA and RBG, there promotion will then be delayed as NCOs in RBP gets promotion ahead of the NCOs in RBA and RBG.

Lyonpo said, “There will be hiccups while amending the Act and we have to make little adjustments in any way for a bigger thing to happen.”

Meanwhile, the NC members have raised their issues and concern over the three provision that was introduced, to which Lyonpo said that they would look for positive discussions and amendments.

The RBP (Amendment) Bill 2021 will be further discussed in the coming weeks. 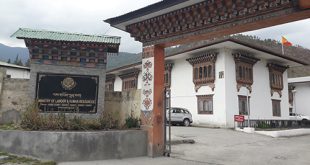 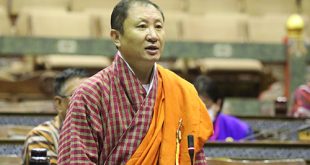 Number is not important but the quality of ties is: Foreign Minister

Ambassador of Bhutan to Japan V. Namgyel and Chargé d’Affaires, a.i. of the Embassy of …