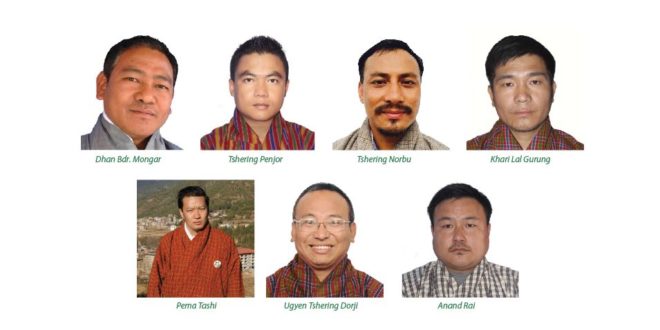 Dhan Bdr. Mongar, 38, is the incumbent NC member from Sarpang. He holds a Master of Science in Information and Technology (IT) and earned his Bachelor’s in IT. Besides his experience as Member of Parliament for last five years, he has previously worked as an IT officer with the Bank of Bhutan and also headed private training institute.

He said he would work to safeguard the sanctity of the Constitution, and to uphold the vision of His Majesty The King, while checking legislative and policy proposal from any individual or institution.

“I would ensure that the government policy and projects respect the vision of His Majesty and place greater priority on national security and sovereignty matter.”

Tshering Penjor, 30, from Jigmecholing gewog holds a BA (Honours) degree in Political Science from North Bengal University. He has worked as a contract teacher and a program officer with Music of Bhutan Research Centre, CSO. He said he decided to contest for the NC to bring about critical changes in Sarpang

“Sarpang is a progressing dzongkhag with natural resources and opportunities for livelihood, and many Bhutanese choose to come to Sarpang to build their future, and that is why I’ve decided do this.”

He said his primary focus is to critically review the existing laws and give the best in harmonizing the laws. “As an aspiring candidate, I pledge to be a voice of the people in legislative house and provide check and balance to the government on important matters.”

Tshering Norbu, 36, from Gelephu Thromde holds a BSc (Honours) in Computer Science from Sherubtse College. He was an ICT officer in Zhemgang Dzongkhag Administration after which he joined the private sector as an executive director with KN Construction.

He said that his work experience has allowed him to understand the development opportunities in the country, and he has acquired vast experience in the policy implementation field. He said his vision is to strive for a vibrant and strong National Council, and promote Sarpang as an agricultural hub, a special economic zone and an economic buffer between rest of the country and neighboring countries.

He pointed out that Bhutan’s GDP is on the rise, but the national debt never decreases. “Increasing infrastructural development but deserted rural pockets, improving living standard but continued rise in number of people leaving country. This trend has to reverse, if not then, the values and the fundamental of GNH shall wear down too,” he said.

35-year- old Khari Lal Gurung from Chuzagang gewog was a freelance tour guide prior to the race for NC. He holds a Bachelor’s in Political Science.

His primary mission is to work on the agriculture development policy to ensure self-sufficiency and prioritize equality and integrity.

As an aspirant, he pledges to act as bridge between the people and the government, to ensure timely completion of any developmental activities as per plan. “I will keep in-mind the aspirations of people and that of the nation while actively participating in making or reviewing the laws,” he said.

Anand Rai, 35, worked as an educated farmer and he is from Gakiling gewog. He holds a BA (Honours) degree in History. After living in his village for the past seven years, he decided to contest for the NC, as he is aware of the issues and need in the region.

“My decision to contest is to serve the peoples and the nation, depending upon the circumstances needed by the peoples and looking into the policy,” adding, “My deliberation will be made always on behalf of the welfare of the people.”

Pema Tashi, 33, from Serzhong gewog holds a Post Graduate Diploma in National Law, a Degree in LLB from Kolkota University and a Diploma in Information Management System. He is a lawyer as a profession and has also worked as an ICT officer in Department of Agriculture for two years.

He said his priority area would be to enhance agriculture development policy and to resolve the youth unemployment issues. “With my experience and knowledge in law, I will focus in improving and strengthening our laws, and this makes me right candidate for the NC.”

He said that 64 percent of the population depends on agricultural work to earn their livelihood, and therefore, he plans on enhancing the policy on agriculture and champion the voice of the people. “Other issues like youth unemployment and transportation problem needs also needs to be looked into,” he added.

The 48-year-old from Shompangkha gewog did his Master’s degree from Australian National University, Post Graduate Certificate in Development Management from the Royal Institute of Management and holds a Bachelor’s from Pharma University, Italy. He worked as a civil registration and census officer at MoHCA, a program coordinator at GNHC and as a senior planning officer at the Thimphu Thromde.

“With my 15 years of experience as a public servant, I will review policies which will reinforce income generation and resolve unemployment issues and bring about a balanced development.” His motto is to listen to people and serve. 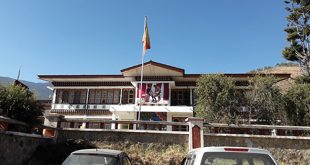 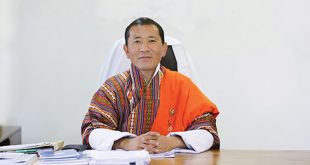 Out of 21 private high schools, 10 schools on the verge of shutting down