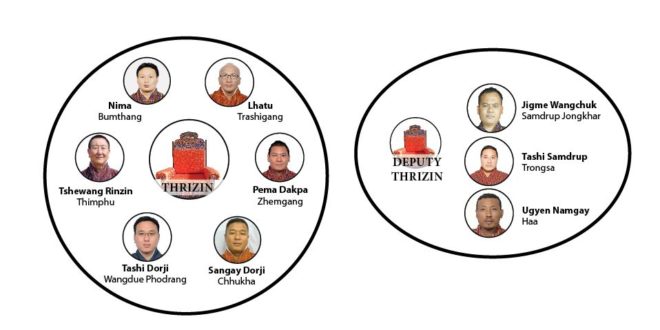 The National Council (NC) elections may have gotten over on 20th April but the campaigning has not stopped with six new NC members openly aspiring for the Thrizin (Chairman) post and another three for the Deputy Thrizin post.

The new NC elect members will have their first sitting on 9th May 2018 when each candidate will be given around 10 minutes to speak.

The Election Commission of Bhutan (ECB) will hold the election of the Thrizin and the Deputy Thrizin through secret ballot.

One method of this informal campaigning is by meeting other new NC members face to face, but most of the lobbying has been over discreet phone calls, as many of the new candidates are still outside Thimphu.

Nima, (40) said that the other NC members should support him based on his experience and institutional memory given that he is an incumbent member.

He said that while acknowledging the capabilities and experience of other NC members the work would not be new for him given his experience of five years in the NC, and so this would be helpful. He said that he would continue to serve the Tsa Wa Sum and work in line with the Constitution.

He said that it is not that the contesting candidates do not like each other. Nima said that many of the new NC members are still in the villages.

Sangay Dorji, (38) said that his NC colleagues should support him as he has 13 years of service in the education sector. Sangay Dorji who is a new NC member from Chukha served as a school principal in both government and private schools.

Sangay pointed out that only five of the incumbent NC members made it back.

“What I am planning is that the Thrizin should enable all 15 of the new NC members to come back in the next elections again,” he said.

Tshewang Rinzin, (54) said that he is likely to contest for the Thrizin post though he has not formally decided yet as he is still discussing the issue with his colleagues.

He said this would help while reviewing laws.

Lhatu, (51) putting forward his candidature said, “I believe that everyone who are elected are capable and have all the qualities of leadership, but I am an aged and mature person and as Thrizin you want someone who can make decisions and take the institution forward and strengthen the role of the NC.”

He said that he has been traveling all over the country for the last four years and so he has very good knowledge at the national level of the 20 Dzongkhags.

He said that he has good experience in dealing with the public and also has experience in the National Assembly and all of this would help in building a working relationship of the NC with different democratic institutions to strengthen democracy and strengthen the nation’s security and sovereignty.

Tashi Dorji, (36) said that his reason to contest for the Thrizin’s post is three fold. He said the first was because he had served for the past five years with ample opportunities to spearhead several Committees and Joint Parliamentary Committees as Chairperson coupled with his conviction to run for the seat.

The second reason he gave was that since he was fully abreast with the strength and weaknesses of the House, he can ably discharge the responsibilities effectively and efficiently.

His third reasons for his colleagues to support him was that he would be more accessible and approachable with the majority of the elected members being in his age group, and that he said guarantees a perfect stage for exemplary team work.

Tashi also pointed out that since the NC is a continuous house his experience would be important.

Pema Drakpa, (49) is another incumbent candidate. He said the first reason to support his candidature is that he has Parliamentary experience and the second reason is that he has management experience.

He said that the NC should not only to be strengthened but it must also be kept free of partisan politics.

He said that he would like to keep the NC debates interesting and engaging and ensure that no hasty decisions are taken.

He said he was the Chairman of the joint Public Accounts Committee for a year after serving s its deputy chair. He pointed out that one of his contributions is in preparing the Royal Audit Authority reporting format to the Parliament and also ensuring that RAA does its recovery within a year.

He would like extend the scrutiny and review role of the NC to the field level during constituency visits by NC MPs.

Ugyen Namgay, (35) is the Haa NC who displaced the current NC Deputy Chairperson Tshering Dorji, from the same Dzongkhag.

He said that he has three reasons to come forward for the post.

He said, firstly he has demonstrated ‘committed leadership qualities’ from his school days and through his career which has contributed to his current interest.

He said that secondly he resigned at his age to take part in politics not as a onetime opportunity but to make it a long term career.

He said that since the NC is a continuous house he can bring back valuable experience to the house in the future and do the best for the people of Haa Dzongkhag and other Dzongkhags.

He said the third reason was that while consulting with his colleagues he found that many came forward for the Thrizin post but people are hardly there in the Deputy Thrizin post and he has come forward to stress that both posts are equally important.

Jigme Wangchuk, (38) is the longest serving incumbent in the NC and the only one in his third term.

He asked for the support of his colleagues saying that since it is his third term he would serve as the institutional memory of the NC. He said that in case a new first time NC was elected as the Chairman then he can be a mentor to the new Chairman.

On being asked why he is not contesting for the Thrizin post he said that he is not doing it due to the age factor as there were others who were more senior in their 40’s and even 50’s.

Tashi Samdrup, (42) said that he is contesting because he has more than 20 years work experience and his senior age. He said that till 2013 itself he already had 18 years’ experience in the civil service.  In 2013 he contested the Trongsa NC and tried for it again this time around.

Apart from the above the Lhuentse NC Tempa Dorji said that he has not yet made up his mind on whether to contest for the deputy chairperson post.

There could also be other new faces and dropouts as 9th May approaches.

By contrast in 2013 there were only three contenders for the Thrizin post from Trashigang, Gasa and Pemagatshel while the Deputy Thrizin was voted in with 25 yes votes. 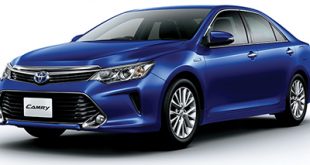 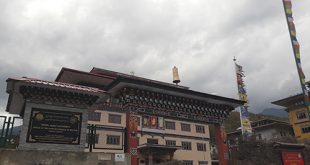 RAA says Nu 123.16 mn in malpractice and abuse by STCBL