Stakeholders discuss disturbances on wetlands and adopt the Kanchenjunga Landscape

Representatives from member countries of International Centre for Integrated Mountain Development (ICIMOD), Bhutan, Nepal and India, discussed the effects of natural and human disturbances on wet land during a three day-long consultation meeting held in Thimphu.

A book on the changes in the region of Phobjikha conservation areas and also the major impacts brought on wetland bio-diversity, land uses and on the livelihoods of people residing there was launched during the meeting.

The book is a result of a joint research done by ICIMOD and Royal Society for the Protection of Nature, and it draws attention to conservation of habitat of the globally endangered Black-Necked crane and portrays how Phobjikha landscape conservation area is under threat due to natural and human disturbances.

The representatives stressed on the importance of a collaborative initiative to deal with the challenges of biodiversity conservation and landscape management.

Further, the three regional ICIMOD member countries discussed on a ground-breaking initiative for a new trans-boundary landscape where an area of about 16,000 km2 covering parts of eastern Nepal, Sikkim and northern parts of West Bengal in India and western Bhutan will become part of the Kangchenjunga Landscape.

The Kanchenjunga Landscape will include about twenty protected areas with prosperous biodiversity, found to be one of the important areas for biodiversity conservation in the Himalayan region. In an effort to protect the distinctive biological diversity and to enhance the livelihood of the local communities, the member countries agreed become a part of Kangchenjunga Landscape Conservation and Development Initiative (KLCDI).

Following the presentation by the three regional member countries, the Director of Programme Operations at ICIMOD, Eklabya Sharma expressed his gratitude and appreciation to the member countries for their dedication and commitment for the preparatory phase of KLCDI

“The participatory and consultative process followed during the preparation of feasibility assessment reports by the member countries are encouraging steps towards trans-boundary cooperation,” Eklabya Sharma said.

Meanwhile, the Secretary for the Ministry of Agriculture and Forests assured that Royal Government of Bhutan is fully committed to such initiatives. The Director General, Department of Forest and Park Services, Chencho Norbu, restated the need for a larger focus on practical resolution for both conservation and development issues at national and regional levels.

While the Joint Secretary at the Nepalese Ministry of Forest and Soil Conservation shared that the trans-boundary cooperation is crucial in times of burgeoning human-wildlife conflict as wildlife spread out their habitats and result in direct confrontation with humans.

The Joint Secretary with the Ministry of Forest and Environment, India, BMS Rathore underlined the need to adopt participatory approaches and engaging communities in the management of natural resources.

The three-day consultation was organized by theDepartment of Forest and Park Services (DoFPS), Ministry of Agriculture and Forests, Royal Government of Bhutan and ICIMOD with support from German Federal Ministry for Economic Cooperation and Development (BMZ)/Deutsche Gesellschaft für Internationale Zusammenarbeit (GIZ) and the Austrian Development Agency (ADA).

More than 40 representatives from government and non-governmental organizations took part in the consultation meeting. 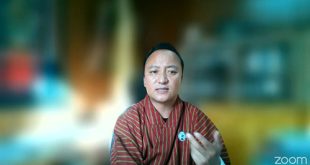 Employment and attrition in the country 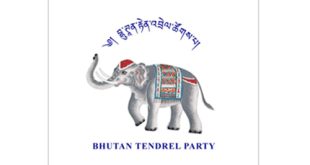 BTP gearing up for the upcoming NA election 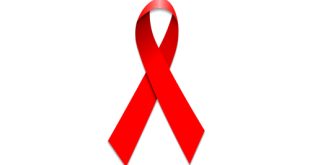