Traders pour out issues in the face of sluggish business

Problem number one on the list of business related issues from all pockets of the country are loans, town planning, and business fronting. The business community now banks their hopes and look to the Bhutan Chambers of Commerce and Industry (BCCI) and the government for answers.

“The real problem is business fronting with immediate border traders. People should not sell their license and government should curb such activities. Phuentsholing as a business hub of Bhutan has lot of opportunities,” said 50-years old Phuntsho Wangdi running wood based business. He also added that the opportunities that they might get were all snatched by traders in the nearing border.

The interim measure adopted by the government and Royal Monetary Authority (RMA) to stop housing, vehicles and unessential imports  loans at the start of March had very severe and adverse effects to developments for some remote dzongkhags.

“Our town planning has been curbed as we didn’t get loans and there are people who have put on halt their building constructions owing to the curbing of loans. We don’t foresee a bright future,” said Nanda, 47, a business thuemi from Nganglam, Samdrup Jongkhar. He said that the work of demarcation had been done from a very long time and now talks about town planning are becoming feeble. He said that town planning is the promise of Lyonchhen Jigmi Y. Thinley.

“Absence of any banks and also the absence of other essentials like schools, BHUs and water altogether has an adverse effect to businesses in Duksum and impeded the commercial transactions and monetary related issue,” said Ugyen Dorji who runs a general shop in Duksum and is a Thuemi (local government member).

He slammed the ‘Member of Parliament’ from their constituency had only done ‘lip service’. “There is nothing in the town still and it has been five years yet nothing comes to action,” said Ugyen Dorji.

Bumthang has a different story about how absence of some utility has been hampering their business. “There is no proper flow of electricity, currency crisis has disabled us to bring non-Bhutanese laborers, soaring house rents and bank loans,” said Ugyen, 45 from Chamkhar who runs a café and is a Thuemi.

The worst to hit business in the North as told by Damcho, 27 of Gasa is to be ‘cut-off’ from other parts of the country. This he said forced the community to still resort to animal transportation which wasted time and energy.

“I don’t think there is any problem in the capital except for stiff competition and congestion along the Norzin Lam. Due to such competition we have to let go profits. There might be other problems as well,” said Sonam Dorji, 38 who owns a general shop in Thimphu.

Meanwhile, the newly elected President of BCCI, Ugen Tshechup Dorji, has plans to tackle problems of business community of the country relating to loans, business fronting and town planning.

The first thing he plans to do is to sit with all the sectors of business community and find out the problems. He reiterated that as private entity no one favored fronting, that they were always anti-fronting.

The president also expressed its support to Ministry of Economic Affairs (MoEA). On business fronting, the president said they will always support the government as it goes against fronting. 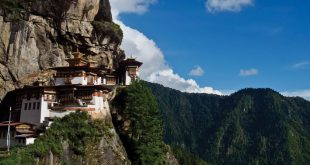 Restarting tourism with the vaccine

The future of CSI is not substitution but niche exports 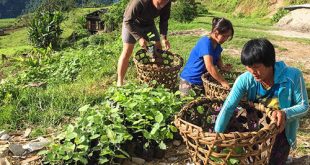 COVID-19 and its restrictions impacted the Mountain Hazelnut (MH) venture this time around. Lhaki Woezer, …