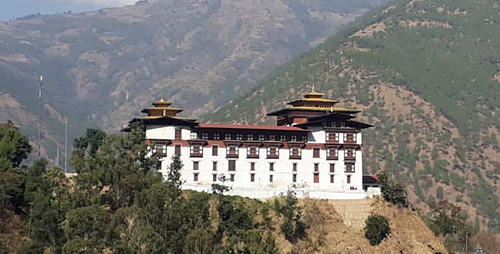 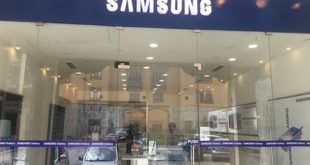 Smart phones out of stock in the market

BCCI finds that all sectors are hit in its consultations 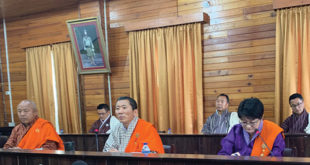 Trashigang is in need of improved farm roads, better water supply, and protection from wildlife. Rural-urban migration and gungtong and insufficient budget for local development are some of the other issues in the dzongkhag.

Udzorong Mangmi Pema Yangden said solving the water shortage issue a must.  The water supply from Khengdungmani near Khaling is not sufficient. She said the water for irrigation is supplied from the nearby streams and river.

“Irrigation water is never sufficient and will always be an issue in the village,” she added.

She said the gewog has to also deal with poor farm road condition. “There are four chiwogs in Udzorong connected with farm roads, except for a village called Threna under Cheya chiwog. The construction works on the roads in Lenchi and Godung under Cheya chiwog are ongoing.”

The gewog has plans to grow potato, maize and kidney bean as commercial crops. She added that the farmers of Rezor chiwog could make a huge income from sale of beans.

Another villager, Pema Wangda, 34, said, “There are still 40 gungtong in the village. If we could provide the same facilities to our youth that are provided by the urban areas, we are hopeful that most of our youth will return back home and gungtong problem will be solved.”

Amongst the 15 gewogs in Trashigang, the most prosperous gewog is Kunglung.

Kanglung Mangmi, Kinzang Tobgay, said, “We have all the facilities, like road, water supply, electricity, health and education facilities. We have one university and one domestic airport which has resulted into further development.”

He said Kanglung has developed tremendously due to Sherubtse College and Yonphula Domestic Airport. Many houses are being constructed in Angling and even one to two resorts are coming up near airport areas, he said.

A resident in Kanglung, Pema Singye, 34, said, “Other chiwogs, like Yonphula and Ronthong, face several problems of which human-wildlife conflict is the major issue. Most villagers complain that their crops are being constantly destroyed by wildlife such as porcupines.”

Khaling Mangmi Tshewang said, “The incidence of human-wildlife conflict has decreased this year. Electric fencing has been provided in a few chiwogs. But the farmers without electric fencing in their farms have to guard the crops.” He said there are few projects on electric fencing in places like Saephu in the 12th Plan.

He further said the maintenance of farm roads is a major problem as the budget allocated is not sufficient. In 2018 to 2019 fiscal year, Nu 1 mn was approved for farm roads in 6 chiwogs.

“The amount is not sufficient for major works. It is sufficient for only small works, like clearing the road, but so far, we have managed to do all the necessary work with the amount,” he said.

Karchung, 54, said, “The problem of water shortage is not so common in Khaling. The most affected village is Numshing in Bayphu chiwog, where around 80 percent of households face drinking water shortage.”

Villagers are also waiting for proper electric supply. “Bhutan Power Corporation conducted a survey and said that all the households in the village will be provided with power supply with this year,” he said.

Phongmey Gup, Palden Dorji, said, “The biggest problem in Phongmey is human-wildlife conflict where villagers have to guard their crops from monkeys and wild boars every year.”

He said about 30 to 40 students leave schools to go to urban areas every year. “In order to bring back our youth, facilities and services need to be developed like blacktopped roads, more shops and hotels and entertainment facilities, different jobs,” he said.

Lakten, 45, said, “People residing in the lhakhang area face constant drinking water shortage. There are two water sources at Braksheng and Labari. Water from Braksheng is supplied to lhakhang area but because the source is drying up every winter, the water is not sufficient. Water from Labari source is distributed to so many places and even the water for irrigation is taken from Labari.”

Passang, 52, said, “Both gewog center road and farm road also need maintenance and improvements. The gewog road was constructed 35 years ago and blacktopping was done in 2017. The floods during summer further damage the roads.”

Radi Gup Kalong said, “As people in Radi are solely dependent on agriculture for their livelihood, therefore, shortage of water for irrigation is the main problem in the gewog. Villagers have to depend on rainfall.”

Shongphu Mangmi, Dendup Dema, said, “Maintenance of road is a major problem as roads are damaged by floods during the summer. Lack of proper drainage system has also resulted into poor condition of roads.

She said, “Mobile network is not available in most places like Thongphu, Yobena and Gongtshephangma. For us, network connection is very important as gewog officials communicate mostly through WeChat and Facebook.”

Rinzin Chedup, 39, from Galing chiwog said, “Gungtong in villages has increased over the years. In the past only 10 houses were left empty but from 2016, 30 houses are left empty. Most people migrate to urban places in search for better opportunities and facilities. If the same opportunities and services are provided in rural areas then gungtong problem can be solved. But since it is a natural phenomenon, there will never be a solution to migration.”

Tshechung, 67, from Changmi Chiwog said, “Another problem is insufficient budget in the gewog for development works.”

Bartsham Mangmi, Gatu said, “Bartsham gewog also faces the problem of poor road condition and water shortage for irrigation. We are facing drinking water shortage recently. During such shortage, people have to walk 30 to 45 minutes to repair the water pipes.”

Sonam, 39, from Nangkhar said, “Villagers depend solely on rainfall as water fetched from water sources and other small streams are not sufficient. A few lands have even turned into forest because we can’t farm it without water.”

Tenzin Phuntsho, 42, said, “Even when the farmers are able to manage water, their crops are eventually destroyed by wildlife.”

Besides bad roads, Bidung gewog is also dealing with the problem of high alcohol consumption, at times resulting in cases of divorces and suicides. “The gewog tries to solve divorce cases most of the time,” said the Gewog Administration Officer, Pushpa Nirola. He further added that water shortage is also a persistent problem.

The story was made possible due to content grant from the DoIM under MoIC.