Around 140 Bhutanese in Perth ready to return home with worries over drying jobs, lack of health insurance and uncertainty 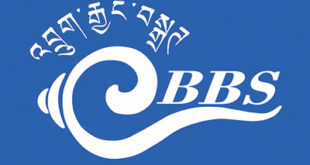 Proposed Third BBS channel to be dedicated to education

The Goods and Services Tax (GST) Bill saga hit yet another turn as the National Council (NC) voted for the withdrawal of the Bill, following concerns that the government is yet to set up the necessary infrastructures, software and manpower for its execution.

Having seen an out-and-out agreement on votes of 24 members present in NC on 19 February, the Upper House recommended for the National Assembly (NA) to withdraw the adoption of the GST Bill 2020 until necessary systems are put in place, including training of staff and creating public awareness, and for the government to introduce the amendment of the Public Finance (Amendment) Act 2012 to draw a clear distinction between the Money Bill and the Financial Bill. Despite the recommendations, NA has the final say on the Money Bill. On 14 February, the Finance Minister, Namgay Dorji, presented a summary of the GST Bill to NC on how the government plans to take it forward. He stated that they were aware about the contrasting factor between the drafted Bill and the Public Finance Act 2012, and that, such provisions were holding back from bringing about a change in system, with regard to change in times, highlighting the ‘economic roadmap’ theme.

He spoke on how the current taxation system is only able to tax 64 percent of the goods, while other goods underwent exemptions through loopholes.

“With GST system in place, at least 93-95 percent of the goods will have transparent tax implications,” he added.

Pointing out to the current taxation system, he said there is double and even triple taxation and the evasion of taxes were high due to inconvenient monitoring system that the different rates in the current system provides for.

After the presentation, NC’s Eminent Members and others shared their thoughts as to how intervening with a law would not set a good example, and such instances may encourage willful violation of the code of conduct in the future.

Chairman of the committee, Lhatu, said that it was unprecedented for a Money Bill to have two different dates of commencement.

Section 46B of the Public Finance (amendment) Act 2012 states, “the imposition or increase of any tax or abolition, reduction or remission of any existing tax once passed as law by Parliament shall be applied retrospectively from the date it was initially tabled in the National Assembly”.

During one of the sessions in the Parliament on GST deliberations, the Opposition Leader had also condemned on the preparedness of the government and had said that it would be unwise to rush with the Bill in the ongoing session.

Finance Minister reinstated on the proposal of National Assembly at the National Council that Chapters 7, 8, 9 and 10 of the Bill would be implemented from July 1, 2021 and the rest of the Chapters from the day of its enactment- those have been as per the Public Finance Act of Bhutan 2012.

Lhatu said that since the operational phase of the software system would take time, it would be wise not to rush the Bill through the ongoing session.