Bouncers are smart but the youth today seem to be smarter.

How do you explain 15 to 16-year olds going clubbing when rules prohibit the under-age from entering discotheques?

“I put on a lot of make-up and wear high heels to look older when I go out. Most time, I go out with my elder sisters. The bouncers then do not ask for my citizenship identity card (ID),” said Choki Pelmo, a 16-year old girl.

A 17-year-old student, Sonam Wangchuk said bouncers hardly check identity cards. He says since he is a regular he has no problems entering clubs.

Bhutan InfoCom and Media Authority (BICMA) rules state that under-age youth should not be allowed to drink, drive or enter clubs without their IDs.

If clubs are found entertaining minors, the government will either fine the defaulters or cancel their license.

The officiating director of BICMA, Lakshuman Chhetri, said the authority will fine Nu 10,000 on the first-time violators, suspend the license on second time offense and will cancel it if the the terms and conditions in the suspension order are not followed.

Ugyen Rigzin, a 16-year old said bouncers ask for his ID when he goes clubbing. He says it is difficult to convince the bouncers to let him into clubs.

“We don’t allow under-age youth. We ask for their IDs when they come to  my club,” said Ugyen Tshering, the manager of S34.

However, a few youth The Bhutanese talked to said even if they are checked strictly, they manage to get into clubs.

The owner of Ace and Oasis, Rinchen, said at his club it is difficult for youth to deceive as strict monitoring mechanisms are in place. He said people who frequent his club are all adults.

The owner of Zomsa club, Yonten, said it is quite difficult to  as youth visiting his club look much older for their age. He said some people feel bad when they are asked to produce their IDs.

The club owners have requested BICMA to notify youth (in the media) that they are not allowed to visit night clubs. The officiating director of BICMA said the authority is working on it.

A lot of under-age youth continue to beg bouncers to allow them into night clubs when their to-look-adult strategies fail. 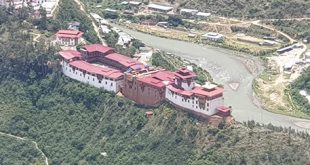 Shortage of quarantine facilities comes up