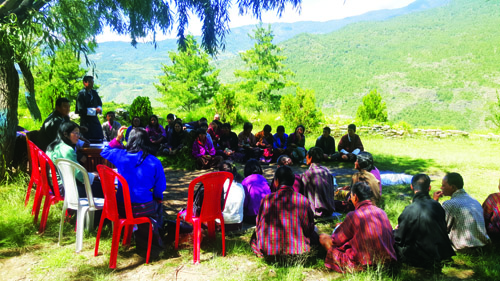 Uninterested Paga has no candidate for Gup and Mangmi

Paga chiwog in Chapcha gewog, Chukha, has no candidates for the Gup or Mangmi post but has  four candidates contesting for the past of Tshogpa.

During the Chiwog Zomdu to nominate candidates only 33 people showed up from its 35 households with 198 eligible voters.

Dagow, 52, the former Tshogpa, said people are not interested. “Some left the village to attend a medical treatment, other are engaged in urgent work and still others are settled in towns,” Dagow said. “But there some cases where the message was not reached to every households.”

He said that they make note of people who come for the meeting and remind or warn the others who did not come. “Even if they can’t make it for the meeting, we make sure to convey to them anything important which an official or LG leader talked about”, he said.

People in the chiwogs were given the education on how important the election is and about the right they have to select the most capable candidate for the benefit of the community or the gewog.

“People know the importance of election and I am confident that they are not ignoring the voting day/ Zomdu intentionally. No one will love to let go the opportunity to elect the best person,” the former tshogpa said.

On zero candidates for gup and magmi, the former tshogpa said that this was because the chiwog had a very small population. The small voting number considerably reduced their chances against the other candidates from the other five larger chiwogs.

“During the first LG election, we requested one candidate, who was a monk to contest for mangmi. He got the least vote during the general round. So this is why no one is ready to come forward this time,” Dagow said.

He said that most people think they have to vote for the candidate from their respective Chiwog. “People usually don’t see the capability of the candidate, all they want is a person from their Chiwog to get elected and I think this is not right,” Dagow said. 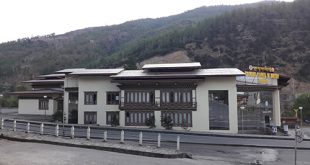