The 21 members present in the National Council adopted the recommendations on the election-related issues, to be submitted to the Election Commission of Bhutan (ECB) for consideration, yesterday.

The House adopted the proposal submitted by the committee to refrain from amending the Election Act that can be addressed by the amendment of the rules, regulations and guidelines of the Act.

The issues regarding the number of Tshogpas, permissibility of door-to-door campaign, extended common forum, voting from the place of residence, size and clarity of photo on electronic voting machine (EVM), cutting cost on banners, electoral corruption, postal ballots for nomads, status of reporting on political party fund, recognition of university degree attested by the Royal University of Bhutan (RUB), and other cost cutting measures were discussed in the NC, of which only eight were adopted.

On finding many party workers creating problem during the election period, the House recommend that ECB to determine the permissible number of Jabchorpas / Leyjepas (party workers) to engage in political party campaigns. And asked that the party workers to be permitted to campaign outside their jurisdiction.

The Upper House also recommended that common forums should be taken to as many chiwogs as deemed appropriate, and also stated that ECB has to make provisions for voting from one’s place of residence.

The size of the photo on EVM was retained as per the EVM rules and regulations of the Kingdom of Bhutan 2012. The House also proposed for non-requirement for the use banners for the candidates during election campaigns. 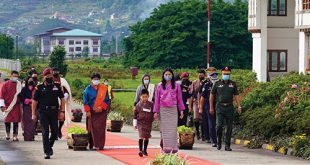 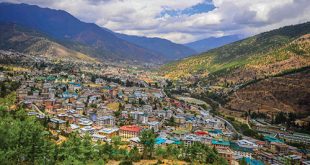