Two people mauled by bears in a week at Paro

Within a span of a week’s time, two cases of people being mauled by a bear in the same dzongkhag were reported to the Royal Bhutan Police (RBP).

On October 17, Sangay, a 51-year-old man was mauled by a bear, the second incident reported to Paro police following a similar incident on October 10 involving a 17-year-old girl.

Sangay was brought to the hospital by his nephew and the case was reported to police by hospital staff. The incident occurred above Kuenga Higher Secondary School in Doteng at around half past 11 am.

Doctors have confirmed that the victim is in a stable condition despite a torn right eyelid and injuries on the head and face.

While earlier during the week, the 17-year-old girl from Chubjakha who was attacked by a black bear was with her aunt in search of their horses at the forest above Uma Resort when the incident happened at around 4 pm in the evening.

The victim had sustained a very deep laceration on the forehead and the cheek muscles were torn apart.

Police had rushed to the scene as soon as the matter was reported, but lost time in locating the victim owing to the vast forest range.

The two teams of police and forest officials finally managed to find the victim in an unconscious state with her aunt next to her.

Both victims are reported to be in a stable condition and they have been referred to JDWNR hospital for further treatment.

This is the fourth case of bear mauling human in Paro till date according to dzongkhag police. The first incident was that involving a 16-year- old girl.

The Officiating Superintendent of Paro police, Major Dorji Wangchuk said, “People should be extra cautious while visiting forests and if possible tread in large groups to avoid such mishaps.” 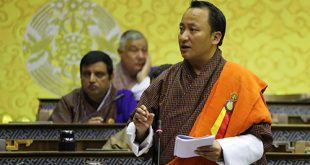 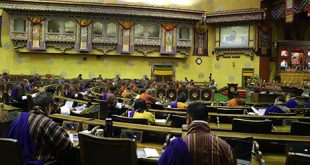 Mixed reviews on the Tax Bill from citizens and businesses